Willemstad/Philipsburg:---  The Centrale Bank van Curaçao en Sint Maarten is issuing a 5-guilder silver commemorative coin honoring the city of Willemstad and marking its 25th anniversary as a World Heritage site. The historic area of Willemstad has been on the UNESCO World Heritage List since 1997, reason enough to honor Curaçao's capital with a commemorative coin in 2023.
Willemstad is one of a select few World Heritage Cities that have been awarded this special status because of their universal cultural and historical value. Willemstad is characterized by its historic neighborhoods, cultural diversity, unique urban architecture, and over 700 multicolored monuments. The city is also unique as a historic Caribbean seaport.
The commemorative coin will be produced by the Royal Dutch Mint. Its design parallels that of the Dutch commemorative coin for which His Majesty King Willem-Alexander made the first strike here in Curaçao today. As the coin will celebrate Curaçao's important UNESCO World Heritage Sites, a public call was made to designers/artists in Curaçao to design both the euro and NAf. coins. The winning design is by Curaçaoan artist Cleo Maxime de Brabander. The obverse shows King Willem-Alexander with the Queen Juliana Bridge in Willemstad in the background. Four stars at the top of the obverse side symbolize the four countries that comprise the Kingdom of the Netherlands: Curaçao, Aruba, Sint Maarten, and the Netherlands. The reverse features a cityscape showing the four neighborhoods that make up the UNESCO World Heritage Site: Punda, Otrobanda, Scharloo, and Pietermaai. The design features key monuments, including the Handelskade, the Mikvé Israel-Emanuel synagogue in Punda, Fort Amsterdam, and the Emanu-él temple, which marks the border of the Pietermaai neighborhood.
The coin is minted in the highest quality Silver Proof and comes in a presentation case, with a Certificate of Authenticity. The mintage is limited to 500 pieces. The Willemstad coin will also be legal tender in Curaçao and Sint Maarten, with a nominal value of 5 guilders. This will be one of the last commemorative coins to be issued in our current currency, the Netherlands Antilles guilder.
Sales will begin later this year. Announcements will be made on CBCS social media channels and on our website: https://www.centralbank.cw/functions/banknotes-coins.
Willemstad, February 2, 2023
CENTRALE BANK VAN CURAÇAO EN SINT MAARTEN 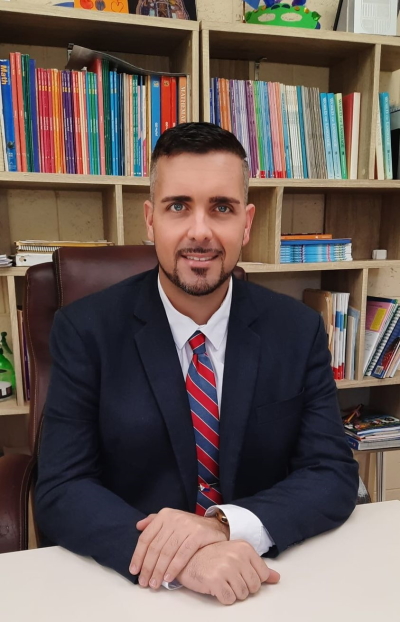 PHILIPSBURG:--- The Windward Islands Teachers Union (WITU) is calling on the Council of Ministers under the guidance of the Honorable Prime Minister Silveria Jacobs to reconsider its letter dated, January 27, 2023, titled, “the Temporary National Ordinance Covid-19 cuts in employment conditions for public servants.”

The letter sent to all Public Servants outlines the lifting of the cost-cutting measures that affected the Country due to the Covid-19 pandemic. The letter addressed vacation days, Vacation Pay, Salary increments, Indexing, and overtime.

“This letter sent to all Public Servants is unacceptable especially since no dialogue with unions has been sought,” remarked Stuart Johnson President of the WITU.
In the opinion of the WITU, there is a number of issues mentioned within the letter that must be still discussed and addressed.

“You simply cannot pretend that the salary increments, indexing, and the outstanding vacation allowance owed to Civil Servants will just vanish,” Johnson said.

He added, “I have called on my colleague unions collectively and through the Windward Islands Chamber of Labor Unions (WICLU) to meet urgently to address this letter sent to Public Servants.”

WITU has had several general membership meetings with its membership, which has been expecting to see a number of concerns being addressed properly by the Government.

“This letter speaks volumes and it’s a tipping point to the WITU membership which considers it unacceptable in these challenging times,” Johnson concluded. 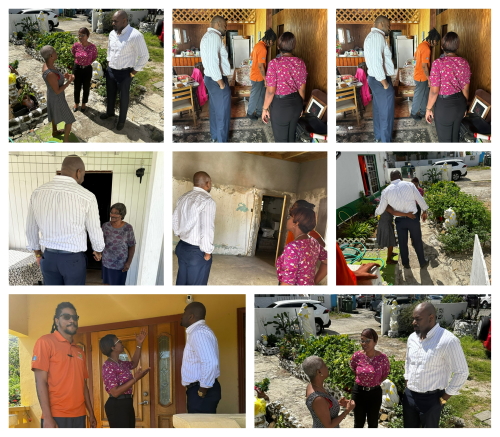 PHILIPSBURG:---  The Honorable Minister Omar Ottley conducted a follow-up walkthrough of the residences of the home repair project recipients. The home repair project targeted seniors, the disabled, single parents, and unemployed individuals whose homes were damaged by the 2017 hurricanes and lacked the financial means to repair them.
In the first cohort of the home repair project, a total of twelve homes were fixed. The purpose of the walkthrough was to personally observe how the repairs were performed and to obtain feedback from the recipients.
“It was an honor to get this project off the ground and assist the most vulnerable. Seeing the satisfaction on the faces of the homeowners made this project worth it. We look forward to starting the second phase of the project during the first quarter of this year.” Said Minister Ottley.
The beneficiaries were pleased and expressed their gratitude to Minister Ottley for repairs to their homes. This is one of the numerous ongoing projects that Ministry VSA has implemented to guarantee that the needs of the vulnerable groups in our community are met. 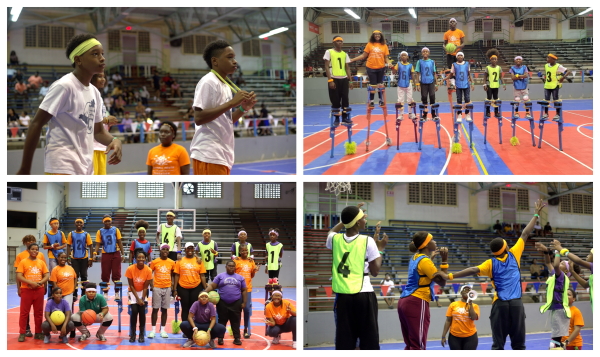 PHILIPSBURG:--- This past weekend history was made in the sports arena on St. Martin with the introduction of a fusion game basketball on stilts at the L.B. Scott Sports Auditorium. The game was created by the Funtopia youth initiative foundation as a part of the stilt walking training to help the students with their agility on stilts. The game distracts the children’s minds when learning to walk they no longer think about failing or balancing their focus shifts to maneuvering their body on the stilts to catch the ball and make score with their teammates. Without knowing the students are running, jumping, and squatting using full body motion on the stilts.

The game was initially developed in 2014 when training our first set of walkers when we started the stilt training program in 2021 with UNESCO, we saw the need to explore the game rules more in order to have 2 teams play full court. The main rule of the game is to score points by tossing the ball to teammates using most of the rules of netball. Because of the distance from the floor only cross bouncing is allowed as over and underhand tossing. Says foundation president Lucinda Audain.

Over the weekend we had several schools that have been a part of our stilt training program participate in the friendly display games as an opening for the basketball with characters and senior basketball tournament hosted by St. Martin First foundation and Dream chasers. The kids played 2 quarters for 10 minutes on the court to showcase their skills and introduce the sport to the audience with hopes to spark interest in more children to join the program.

An additional highlight of the weekend was the colorful display of stilt walkers long the Walter Nisbeth Road for the mini cultural parade which was the longest walk for most of the junior walkers accompanied by Generation New Status drum band and DJ Vybz. This was a delightful round-off to the introduction to moko Jumbie culture project. This project was supported by the following institutions the Government of the Netherlands under the Sint Maarten Trust fund, implemented by Resources for Community Resilience (R4CR), administered by VNGI, and overseen by The World Bank.

The foundation would like to thank the community for coming out to support the initiative and the parents for allowing the students to participate. Persons interested in learning stilts walking can contact the foundation at This email address is being protected from spambots. You need JavaScript enabled to view it. for more information.

PHILIPSBURG:--- Funtopia Youth Initiative Foundation has been in collaboration with the St. Peters Community Center. As a contribution to supporting the foundation’s program, “Introducing Moko Jumbie Culture in St. Martin”, the foundation has donated garbage bins and cleaning materials to the St. Peters Community Center. The Basketball court was used as a central point for their afterschool program for students ages 7 to 12 during the new school.

Beautiful green garbage has been secured around the court and playground area with the message, “Do your part by keeping the basketball court clean and safe for the children of the community to play.”

This project is supported by the following institutions the Government of the Netherlands
under the Sint Maarten Trust fund, implemented by Resources for Community Resilience (R4CR), administered by VNGI, and overseen by The World Bank.