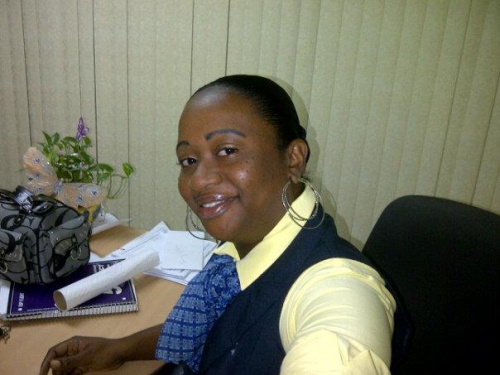 I am not a person of the media, but as a born St. Maartener and professional, I have decided to speak out on this matter as I am feeling very belittled and insulted by the comments made by MP Pantophlet on the Wendell Moore show yesterday September 23rd, 2021.
The question posed was “if we as a country can manage our own Central Bank”. To my surprise, the good MP responded with “We need third parties assistance”
We as a country, especially our government is giving the Dutch Empire the ammunition to make a mockery, and mostly to be able to discredit us professionally because our own elected government has no confidence in its own people, advocating the opposite of good Patriotism and Nationalism.
Being one of the local professionals, I was expecting the MP to plant the first seed, that we as a country have the capabilities and a platoon of in-house professionals to own our own Central Bank. In my recollection a local banker of RBC was hired to a management position in the Central bank, so if we needed third-party assistance, why were our local professionals chosen to go into these Elite positions?
The bible says and I see this every time coming to play. “A Prophet is not without honor, but in his own country and among his own kin, and in his own house” and this is a great shame.
Presently Republic Bank, First Caribbean Bank, and Banco di Caribe have qualified locals at the helm of the institution, are they not qualified enough to form the team for our structuring our own Central Bank?
We have a qualified local that also served on the Central Bank board, is he not qualified enough? I can go on and on all of the qualified professionals that we have on our lovely island.
When will the SXM Governments start to recognize the qualities and professionalism we have right here? It’s a crying shame that we continue to neglect our own and bring persons from all over and give them the positions that we can occupy right here!
We are qualified enough to have MP’s, Ministers, an ombudsman, and a Governor, but yet we need third party assistance to manage our funds? Are you telling me that they as well are sub-qualified? Are you telling me that your MP is not qualified for the position you hold?
What makes Curacao more qualified than us to manage our money better than we can? Do I need to go back down memory lane when we brought in the “Temporary Turnover Tax” which we still have by the way, as a form of paying our debt to Curacao and we overpaid our debt to them, have we ever received back that overpayment?
As I don’t have the permission to call any names in my article pf the professionals, I will refrain from calling them, but I am more than 100% sure that we can fill every position needed to have our own Central Bank, from the structuring of the board down to the general positions needed to be filled and I am sure that they will be more than willing to take the helm of the Central bank of their island.
Please stop discrediting our people and give them the credit they deserve because we have earned it, not by politics but by exposure. We have educated and capable professionals right here, that are left aside of the road, rejected by their own local Government. It seems that it’s not enough being discriminated by the Dutch, because on top of it we are set aside by many of our own homebred Uncle Toms, with no offense directed to the MP.
This behavior shows me that this government has no love for its own people and is failing us left right and center and NEED TO GO HOME and stop destroying what is left of our little paradise under the sun!

At the moment, the PMs of the former Netherlands Antilles, so-called autonomous islands or countries attend the 76th UN GA while their islands’ governments and parliaments are subordinated to the Dutch PM Rutte’s government power.

The Dutch Kingdom State Secretary Mr Knops, who forced them – Curacao, Aruba, and St Maarten (CAS-islands)- to surrender and sign away more of the already limited autonomy they possessed, which was already below the minimum UN and International law standards, in order to get COVID-19 aid. The question is if their participation is voluntary or under Dutch duress for Dutch propaganda? Will they participate in high-level meetings and lobby for the Sustainable Development Goals and SIDS UN funds under Dutch duress?

Are the four prime ministers at equal level? Which PM is head of the Kingdom delegation to the UN General Assembly? Who will speak at the podium - a prime minister, a Kingdom minister, the ambassador to the UN, the PM of Curacao, Aruba or St Maarten?

The main question is if these PMs will expose and denounce to the GA and the world the Dutch aggression and violations committed to the Caribbean peoples of the Kingdom. Will they tell the UN and world the truth?

Hypocrisy at the highest is that the Dutch Prime Minister Rutte attending is not the new official government of Holland as the Dutch elections were held in March 2021, and up to now they have not been able to form a government. Especially as this process is mainly undermined by “exploded racism/discrimination/corruption scandals” victimizing the same Caribbean peoples that are misrepresented at the UN by this Dutch propaganda.

Furthermore, how is it possible that the CERD Committee recently accused the Dutch government of human rights violations and seriously and heavily questioned the same Dutch PM government who forced the agreement on COHO and the continuation of Dutch colonialism on the Caribbean peoples of the Kingdom while these Caribbean PMs attend the Dutch-UN-show. Are they not committing treason to their own peoples?

Will the SDG 2030 and SIDS funds lobbying campaign by the subordinated Caribbean PMs not be used in the same strategy as with MDG UN poverty eradication funds that the Dutch used successfully to bait, divide, and destroy the Netherlands Antilles? Will these so-called autonomous islands not undergo the same fate as Bonaire, believing that by surrendering their autonomy they will receive these SDG funds? As up to today, the Bonaire people did not receive any MDG poverty-eradication funding. This is in sharp contrast to the promises made at the 10-10-10 illegal annexation of Bonaire which has led to more poverty than ever before: 3 food-banks emerged under Dutch rule; the locals have to work two to three jobs to survive, and more than 50% off the population lives under the poverty line. Dutch standard: same plan, same results for the CAS-islands?

Finally, the most serious threat to our islands re-listing trajectory is that their presence at the UN as "Prime Ministers" of the 'semi-autonomous countries 'countries (which are not independent) can confuse some independent States -especially when the issue of re-inscription on the UN list for these same autonomous countries is raised - at the UN. This could seriously jeopardize the legitimate rights of our peoples to be protected as a NSGT under UN scrutiny, where Holland will have the obligation to report annually to the UN in compliance to article 73.

This will be another critical moment where the PMs of our Caribbean peoples will have to make a historical choice. Will they under Dutch duress side with the colonial oppressor and betray our peoples once more as was the case at the 1955 at the 10th UN GA?

The Committee on the Elimination of Racial Discrimination (CERD)

Parliament and Government of the Netherlands

Curacao: the Curacao prime-minister and parliament are under an undemocratic budgetary financial supervision and remain under heavy threat of intervention by The Hague, are subordinated to Kingdom Acts, and recently due to the COVID-19 crisis, they were blackmailed to sign away more autonomy and be subordinated to an undemocratic Dutch entity (COHO), which possesses powers to control all aspects of the islands. In other words, back to colonial rule in a modern jacket.

Aruba: the Aruba prime-minister and parliament are currently under an undemocratic budgetary financial supervision and were, like Curacao, are subordinated to Kingdom Acts and recently due to Covid-19 crisis aid blackmailed to sign and surrender more autonomy, subordinating of their government under an undemocratic Dutch institution (COHO), which possesses powers to control all aspects of the islands. In other words, back to colonial rule in a modern jacket.

St Maarten: St Maarten prime minister and parliament are currently under undemocratic budgetary control and government are steered by The Hague. And subordinated to Kingdom Acts. The Dutch abused the post-hurricane Irma chaos, the need for financial aid for the reconstruction, and recently the COVID-19 crisis with a cynical quid-pro-quo attitude to put the St. Maarten parliament under duress and blackmailed it after some resistance to sign an “illegal” COHO agreement, subordinating their democracy under this undemocratic Dutch institution.

Bonaire: the Bonaire people are being ruled in a colonial status against their wishes. They democratically and legally rejected that status, but still more pressing is the ongoing systematic process: a new settlers/colonization drive started with an open-immigration policy without restrictions to all European Dutch and with no possibility to be addressed or stopped. The destitution and eradication of our people is completed as we are reduced to a minority group on our own island in the short space of time since the open immigration and illegal annexation on October 10, 2010, and were embedded under unequal rights in the Dutch Constitution in October 2017

St Eustatius: same situation as Bonaire and furthermore on the undemocratic unilateral action and intervention of the Dutch in Sint Eustatius in February 2018 consisting in the removal and overthrow of the legitimate elected democratic governance through abuse of legislative power with the police and military force on standby. This was followed by the appointment of non-democratic colonial rulers ruling the Statian people and holding farce-elections in 2020 as the democratically elected leaders possess no decision and executive powers and remains under Dutch-colonial-rule