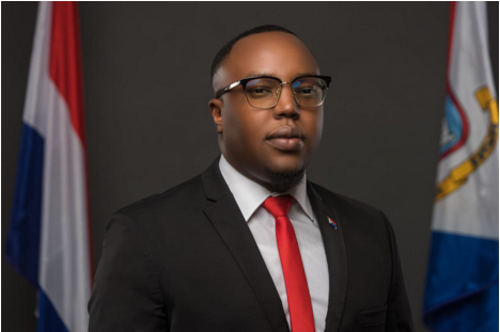 PHILIPSBURG: --- Two months after the public meeting of parliament was called to discuss the Ombudsman report on the systemic investigation of the issuance of contracts for garbage collection.
Leader of the Party for Progress Mellissa Gumbs presented the long-awaited motion of no confidence against the Minister of VROMI Egbert Jurendy Doran on Wednesday afternoon. Gumbs said that the Minister of VROMI has lost the confidence of parliament due to the fact he did not fully cooperate with Ombudsman while the systemic investigation was being conducted. The PFP leader further said that there are several issues at the government-owned company that the Minister cannot fully address.
MP Raeyhon Peterson in his presentation called on MP William Marlin to step down since he has been out on sick leave for the past 6 months. Peterson said that the law states that if a member of parliament is out for 8 months straight then that member of parliament must resign. The PFP MP said that he is of the opinion that the law should be amended that would call for a member of parliament's resignation after three months of not being able to represent the people of St. Maarten.
Peterson went on to highlight all the tactics being used by politicians or political parties in parliament when they want to stall meetings. Those tactics he said are walking out of meetings, and asking what he termed as unnecessary questions.
UPP leader Rolando Brison in his questions and presentation to parliament said that he remained conflicted with the development regarding the awarding of the contracts, especially the contract that was awarded to Aviana a company that belongs to his relative. In his presentation, Brison showed the documents that were leaked to the parliament of St. Maarten on Wednesday. Brison said he wants to know why the Minister did not share the documents with the Ombudsman when she requested it. He said that the minister could have been exonerated had he provided the documents. Brison called on the Minister to provide him with contrition because he still cannot understand his reasons for not submitting the documents to the high council of state.
Brison said he is counting on the minister to provide a proper explanation on the documents that the Ombudsman said were not submitted.
The documents shown during the public debate clearly show that the bank statement was missing for parcel two and was disqualified but it appeared in the documents for parcel 5 to which the contract was awarded. 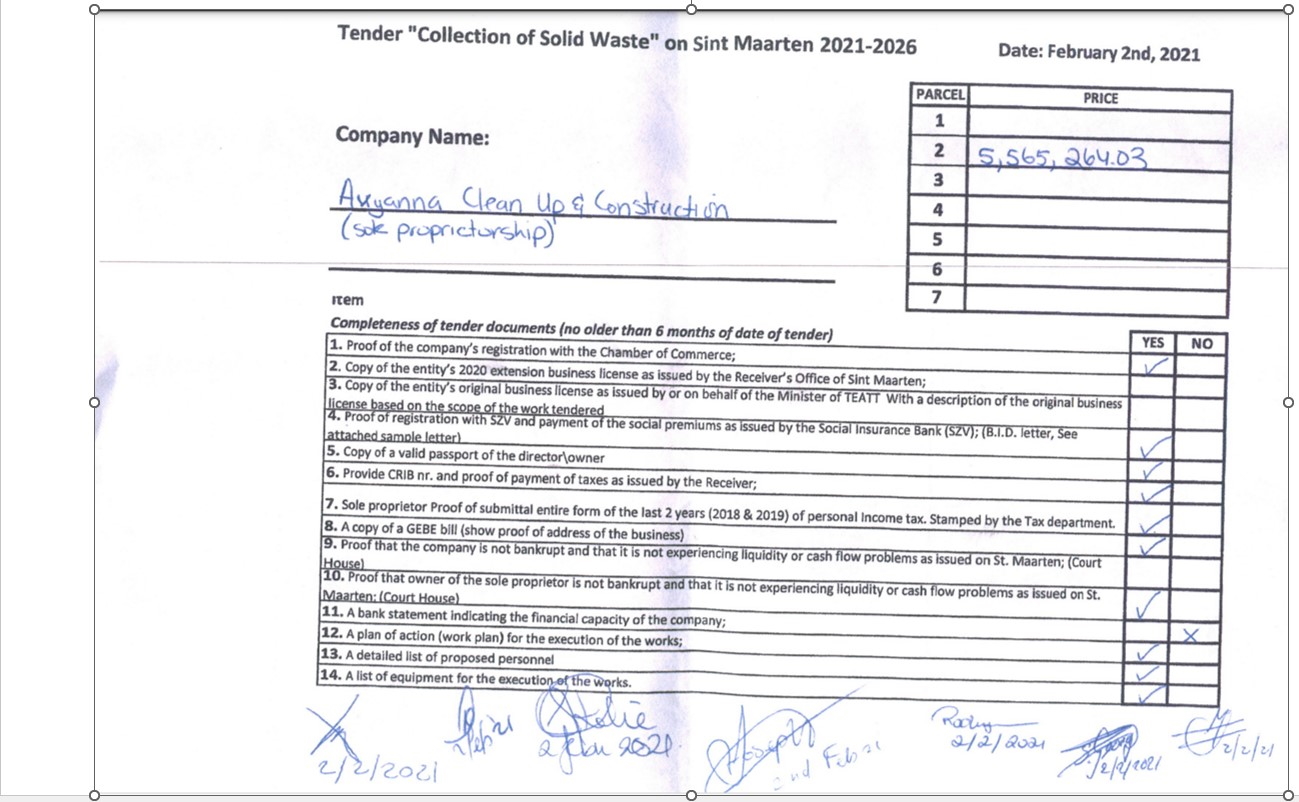 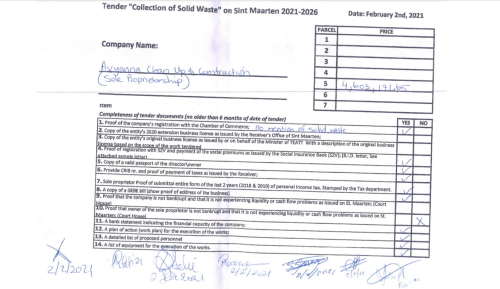