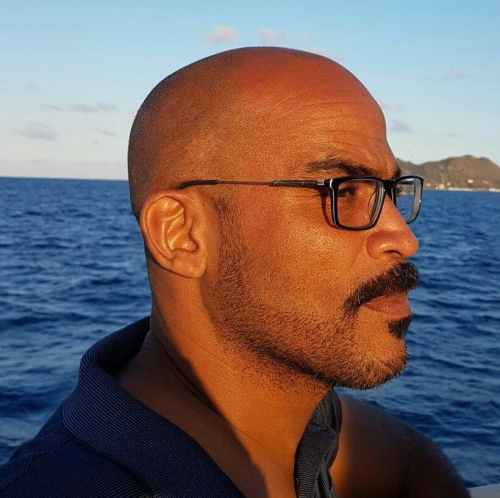 PHILIPSBURG: --- It has been rumored that the Chief Financial Officer (CFO) candidate of NV GEBE George Willems received a negative report from VDSM the body that has been conducting the screening since February 2022. Six months later and the Council of Ministers kept saying that they have not received a final report on the screening process.

SMN News learned that Willems received a letter from VDSM where they posed more questions to the candidate while leaning towards a negative report.

One of the concerns VDSM seems to have is what transpired between APS and Willems where he once worked. Sources say that Willems has a non-disclosure agreement with APS and discussing APS with VDSM would be in violation of the NDA.

Instead of VDSM questioning, the candidate one would believe would question the director of APS who has the responsibility of reporting any suspected criminal offense committed by their employees. That would then give the APS director the opportunity to explain the reasons Willems was paid out if he committed any wrongdoing and why almost all of the employees of APS had issues with him, the then director.

NV GEBE Supervisory Board of Directors began the recruitment process of hiring 3 persons to fill the management positions that have been available for two years now. The selection process was contracted out to EY, a Curacao-based company.

After those persons opted out for the sake of their career, Sharine Daniel the company’s Chief Internal Auditor was selected to fill the CEO position while George Willems was selected for the CFO position. However, this process has placed a hold on Willems’s life and career because for two years he has been waiting for an answer from GEBE’s SBOD before he could actually sign a contractual agreement. Of the three candidates that were presented with a contract, Willems was the first to sign off on his contractual agreement and even though the screening began six months ago, to date there is no final report issued by VDSM.

Questions are now being raised as to who might be holding up the process and exactly why it is done.  Sources say that NV GEBE is in a financial predicament that they have already stopped paying the employees for their overtime, yet they are busy signing off on retainers’ contracts while paying the legal fees for Daniel. Not only that NV GEBE has been paying two Temporary Manager's salaries and did not cooperate with the prosecutor's Office when they stepped in to investigate the famous hack on March 17th.

While NV GEBE has been undergoing its financial predicaments one would think the current Interim Manager would look into purchasing the water rights from Seven Seas so that they can save more money. Minister of VROMI Egbert Jurendy Doran said in response to questions that he also believes that it’s a no-brainer if the government-owned company can afford to purchase the water rights in order to save money while investing in the infrastructure this he said would allow the funds to remain in-house. Doran said this is how the government managed to save money at the water treatment plant since the ministry took over the management and has been saving a significant amount of money monthly. The Minister said he is of the opinion that a similar concept can be put in place.

Minister of VSA Omar who is actually responsible for drinking water said that he supports local ownership and he also believes that NV GEBE can save a lot of money by acquiring the water production rights from Seven Seas.

Ottley said the contract with Seven Seas is extended every two years, however, he has had several meetings with Seven Seas and NV GEBE whereby he instructed them to prepare a plan of the company (NV GEBE) thinks they are ready and how they plan to move forward after taking on such responsibilities.

The Minister indicated that while the government would want ownership one of the things that they have to ensure is that they are prepared for such. He said one of the key things that must be looked into is proper management. He said that because of this he started the DDRP project which would give training to persons interested in water engineering and production.

Ottley said that he is in the final stages with SOAB which would grant scholarships to interested persons. He said at least one potential candidate that would complete the study since government or no one else should play with the production of drinking water.

Ottley said he can assure that the proper channels are being followed by having qualified persons in place for the taking over of water rights.