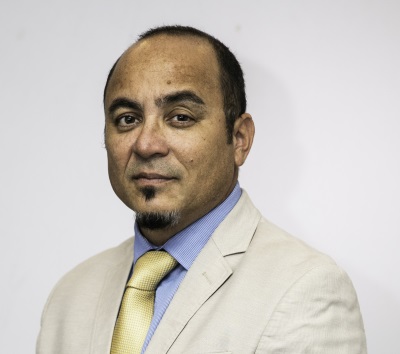 Simpson Bay:--- PJIAE CEO, Mr. Brian Mingo, says the scheduled industrial action by the Windward Islands Civil Servant Union (WICSU/PSU) had a negative effect on the Airport’s operations on Saturday, January 15, 2022. This also comes during peak hours and can have serious financial implications for Princess Juliana International Airport.
“The recovering business we have restored up to now is being threatened due to these actions. A planned “No Show” by Air Traffic Controllers (ATS) on the Airport’s busiest day, could also have safety implications for our airport,” said Mr. Mingo in a statement issued early Saturday morning.
At the heart of this development is a letter received from the WICSU/PSU on Friday evening informing PJIAE management of a planned union member meeting on Saturday, January 15, 2022. The union’s actions were pertaining to an ongoing remuneration demand for increases owed to its members since 2018 - 2020, with an ultimatum of January 14th, 2022.
“We are preparing what we believe to be a suitable package that the Airport can afford at this time. We have requested more time from the union so that the package can be presented in its completed form on Monday, January 17, 2022, however, the union has not agreed and has taken what we believe is ill-advised and damaging action,” Mr. Mingo briefed.
The Airport CEO said that precautionary measures were taken during the late hours on Friday night and early Saturday morning to minimize the impact of the union’s and the ATS personnel’s actions. At the same time, stakeholders and airline partners were being informed of possible disruptions in service at PJIA on Saturday.
The Government of Sint Maarten and the PJIAE Supervisory Board of Directors (SBOD) were also urgently notified about the ongoing developments, which could negatively impact the airport and the island in general.
“I am appealing to everyone to remain calm and allow the process of negotiations to take place so that we can come to a mutual agreement on a settlement that is in the best interest of everyone. Disruptive actions at this time, on our busiest day, have inconvenienced thousands of passengers. It sends a negative message to those out there looking at how we are recovering from Hurricane Irma and the COVID-19 pandemic. We need to continue to work together, to rebuild and recover our business fully”,” concluded the Airport Chief.
The Princess Juliana International Airport initially announced a scheduled closure at 6:00 pm to preserve safety due to the limited staff, but later extended it to 9:00 pm after obtaining staff reinforcement.