~The only female CEO candidate, yet she was stigmatized and destroyed.~ 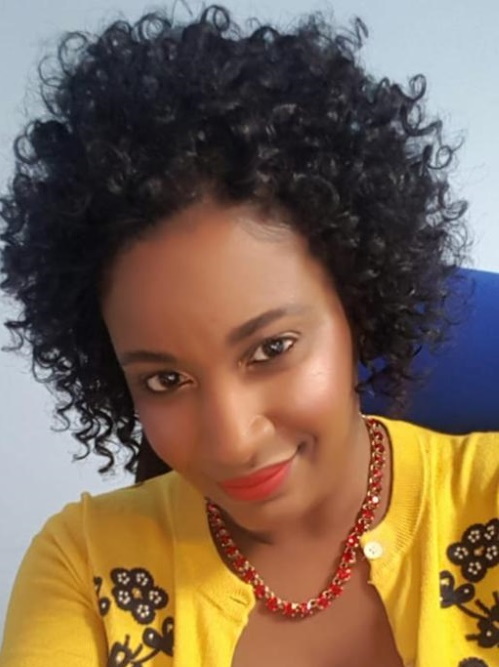 PHILIPSBURG:--- Like her or not she has become a household name on St. Maarten, she was talked about at every lunch or dinner table during the year 2021. She was the only female Temporary Manager of a Government-owned company that literally had to cut and run because she refused to bow down to a group of people that cared only about their own self-enrichment.

This powerful woman is the only one that had to defend herself at least five times in court and won all the cases filed against her. Yet, some media houses that have joined the house of destruction did not see it fit to tell both sides of the story but instead formed conclusions based on some leaked fabricated documents. Yes, that is exactly what happened in this very small community. Leaked to some media house or persons but were not presented as evidence.
Our person of the year is no other than Dr. Sharine Daniel, she too is a daughter of the soil both French and Dutch, yet she literally had to fight to stay afloat, as her name was painted black, her character assassinated by almost everyone,  some politicians, some members of NV GEBE Supervisory Board and even some workers of NV GEBE who wanted their way and to do whatever they wanted with the funds of a government-owned company. Yet, she did not bow down for the sake of a position more so she has refused to be made a scapegoat by anyone and for anyone.

Dr. Sharine Daniel, began working at NV GEBE in the year 2013 as their Chief Internal Auditor, she has had to fight many battles during her 8-year tenor, several directors feared her because of her auditing skills. Those that misused the company’s credit cards eventually lost their jobs when she presented the facts on paper.
Despite the challenges over the years, Dr. Daniel did what she needed to do to achieve her career dreams, she completed her doctorate in 2020, and today she is the only person in St. Maarten with a doctoral in accounting.

Dr. Daniel applied for the Directors position at USZV and was a selected candidate but because she is a no-nonsense person she was not appointed. Right now many are fighting against her appointment as Chief Executive Officer of NV GEBE because they know the deck of cards will fall apart. Despite being the most qualified both academically and with the required experience she was given one year contract with the option to renew, it appears as though the blackmailing worked somewhat on the Council of Ministers, but the main question one should ask themselves is if it's worth getting a solid education or if it's better to be a puppet?

In November 2020 Dr. Daniel was appointed Temporary Manager of NV GEBE, but by February 19th, 2021, she had to resign from that position simply because she refused to allow the members of the SBOD to micromanage the company to their benefit. She ended the situations of conflict of interest and documented the perpetrators, she is the only director thus far that stood up for the company and did not make deals for herself to remain in the top seat. Because of her integrity and choices to safeguard a government-owned company. Dr. Daniel was basically slaughtered before everyone.
Dr. Daniel was fired three times illegally, once while she was on medical leave. The company even filed a lawsuit to terminate her working contract, all of which was denied by the Court of First Instance.

The Council of Ministers was also ridiculed, and taken to court at least three times, and while the public was tainted with false information, the Government of St. Maarten won all three of the cases. As if that was not enough, Daniel was taken to court by a so-called private citizen and again she won her cases, the latest being December 17th, 2021, yet none of the media personalities that took interest in the GEBE saga did not publish anything about the latest court verdict. Dr. Sharine Daniel was prosecuted and condemned by the media on St. Maarten even though innocent of the charges she received no clemency.
It is because of these events that SMN News opted to select Dr. Sharine Daniel as the person of the year for the year 2021. Despite the attacks, accusations, and slandering Dr. Daniel maintained her professionalism and remained silent. She defended herself in court with all documented evidence and even evidence against her accusers.
It takes someone that is strong, determined, and most of all focused to keep a still tongue in the midst of any storm, yet Dr. Daniel did just that and came out victorious…. At least for now in the Court of law....
SMN News takes this time to wish Dr. Daniel all the best in her career, and future endeavors, and blessed and safe 2022.