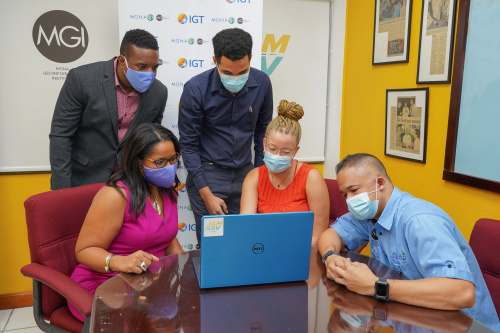 PHILIPSBURG:--- Participants and stakeholders have hailed the IGT Coding and Robotics Rock! Camp as an appropriate model approach towards bridging the digital divide in education and filling the technological skills gap in the job market within the Caribbean.

The camp, which was hosted in August through a partnership between International Game Technology (IGT) and Mona GeoInformatics Institute (MGI), saw 36 Caribbean youth being trained in coding and robotics over two weeks. Commenting on the findings of the camp, Mr. Brendan Hames, Regional Director of IGT Caribbean, stated that calls for more of the virtual tech camp have grown louder from students and supervisors of the IGT After School Advantage (ASA) Programme across the Caribbean.

“The responses from students in our ASA centres have been overwhelming. Those who participated want more and those who were not a part of this pilot programme have signaled great interest to be included next time,” Mr. Hames said.

The 36 youngsters who participated in the pilot programme were from Barbados, Jamaica, St. Kitts & Nevis, St. Maarten, and Trinidad & Tobago. IGT is now tasked with the duty of expanding the virtual training to all beneficiaries at its 38 ASA computer centres throughout the English-speaking Caribbean.

Mr. Hames noted that there is a need for more advanced Information & Technology (IT) education for Caribbean youth, especially those from socially and financially challenged backgrounds.

“The common feedback from our ASA supervisors is that the tech camp provided students with valuable IT skills which have the potential to address the huge disparity in IT education and virtual learning between students from the Caribbean and those from first-world territories.”

He continued, “Many youths in the region are far behind in basic computer literacy. There are socio-economic variables that account for this, and it has also set the region’s youth at a disadvantage in the learning and employment arenas. The IGT ASA programme was established to tackle the issue of the digital divide among youth. This latest initiative has become a manifest necessity in the region especially now that the pandemic has left educators and students resorting to virtual learning.”

The IGT ASA programme is the flagship philanthropic initiative of the gaming technology firm. Since 2011, IGT, through its ASA programme, has established high-tech computer facilities in lower-income communities and nonprofit organizations which cater to at-risk youth in the Caribbean. 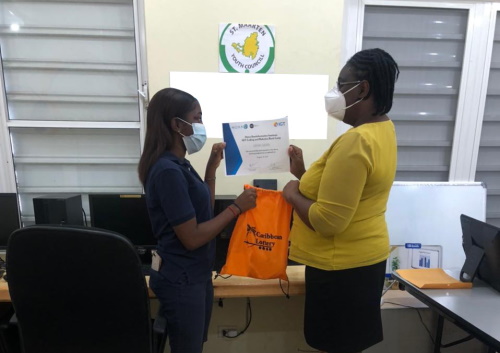 Kaodi McGaw, Senior Project Manager at MGI who led the virtual training, noted that the IGT Coding and Robotics Rock! Camp was a groundbreaking partnership in the right direction.

“We administered a survey at the end of the camp and the dominant feedback from the students was that they felt they had gained practical IT skills and learned about new career options,” Miss McGaw stated.

She further noted, “Their major project was to code and create their websites, which they did successfully. The IGT Coding and Robotics Rock! Camp is a blueprint that can be used to position them and other Caribbean youth to tap into high-demand careers in the IT field.”

In the survey referred to by Miss McGaw, 90.9 percent of the participants mentioned that they learned at least one new IT skill. Another 54.5 percent indicated that the camp helped them to identify new interests or future career options. Those interests and career options include engineering, marine operations, robotic engineering, web development and programming. About 86 percent of the students said that they would like to enroll again. Seventy-three percent rated their introductory coding and robotics learning experience as “excellent” and the other 27 percent as “good.”

MGI Director Dr. Parris Lyew-Ayee Jr. noted that the findings are encouraging for nurturing digital and technological awareness within the Caribbean.

“The camp sets a standard methodology for nurturing and harnessing digital awareness and technological skills in the Caribbean. This is something that we can build on to improve students’ performance in IT learning. This curriculum was designed specifically for Caribbean youth with expert advice from Education Development Specialist Mrs. Nalini Ramsawak-Jodha from UWI’s St. Augustine campus. Once we continue to extend this kind of training to students, we will create a host of inventors and leaders, qualified to fill numerous skills gaps existing on the technological job market.”

The IGT Coding and Robotics Rock! Camp is the latest initiative of the IGT After School Advantage Programme. Among its standout features were its virtual mode of delivery and its extensive reach – occurring simultaneously in several Caribbean countries. These features made room for students to learn the value of teamwork and networking.

With the standard now set and calls received for more digital training, IGT plans to make its virtual tech camp bigger and better in the upcoming years.