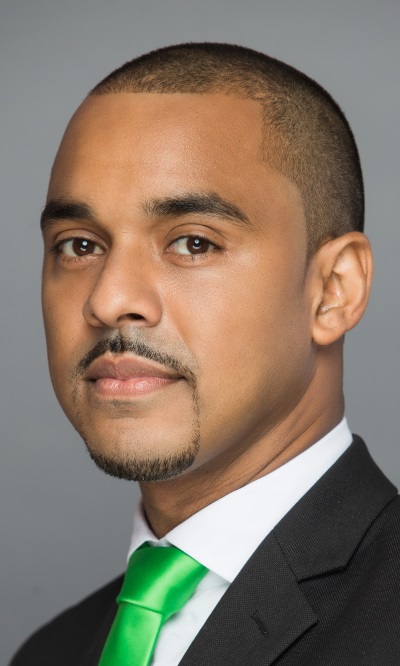 PHILIPSBURG:---  The chair of parliament Roland Brison did not mince words on Monday when he called out the laziest Member of Parliament during the closing of the parliamentary year.

The UPP MP and chair of parliament said when listening to the positions stated by members of parliament, he looked around the hall and understand the concerns, because for most of the faction leaders, the level of representation, and more importantly, the level of work they put in, is very clear and commendable from his viewpoint as chairman.

Brison said however he does feel the need to give his observations of how the factions of parliament and its members are functioning, and how he believes they should be going forward.

For at least 5 of the 6 factions in parliament he observed that every single one of them has presented amendments, motions, has chaired meetings in their respective committees across opposition/coalition lines, and other real initiatives things that are today being upheld by the government. Things that have resulted in real change for the country. Budget amendments, technical amendments, an initiative law to ban the use of single-use plastics, motions to establish the positions of parliament, a real effort to finally get a new parliament building and move from paying rent to instead owning, petitions to actually be the highest level establish what the rules of the game should be within the Kingdom.

But no he said the irony does not escape him that they have a one-man faction that can say “this government does nothing” and yet this statement comes from the 1 faction who, in his view, has done nothing. If I was such a faction leader today, I won’t use 15 minutes here today to talk about how bad a government is, without first reflecting on how ineffective I am as a parliamentarian.”

He said reference is always made of how when they were in opposition, they criticized the government heavily. But that is only half the story.

“Because when the Leona government was laying the groundwork for the difficulties that the current government faces today, I didn’t sit down, do nothing and have my staff write press releases. No, I got up and asked myself “what can I do? And so, I read my constitution. The one we swear to uphold. Which gives us rights to bring laws, bring amendments, interpellation rights, inquiry rights. So, we have to ask ourselves, what have WE done? See, for example, When the law on the PEP came, I didn’t criticize de Weever I brought an amendment to change that and to this day the PEP requirement has been limited.” Brison reminded.

The Chair of Parliament went on and said he didn’t tell the Minister “oh this FATF law is no good.” He said he sat with the UD member Meyers at the time, pointed out to him the dangers of this amendment, and he proposed to then chair Wescot Williams to suspend the discussions. Had he chosen to do how some behave now, then he would have just voted against, and the law would pass, and how would that have served St. Maarten.? He asked.

Brison said when they couldn’t pay the police, he didn’t cry and complain and write press releases, he brought an initiative law, and sat with the Minister of finance whether he liked it or not, he had to give his position, and parliament had to vote. The vote was unanimous. From opposition benches. 22 million guilders to the coffers of government as a result, half of which went to police officers, he reminded.

He said in his time in opposition, he had submitted and parliament subsequently passed a total of 7 amendments to the law and an initiative law in just 16 months.

So is this a question of the worst government ever? Or is it just a statement coming from the laziest faction leader we have ever seen? The chair of parliament asked.

And the same millennials that some of us have chosen to call “biggest mistake made was to think millennials could be leaders” Well what have our millennials done?

When then MP Irion, criticized the government on mortgages, he established the mortgage council.

When Doran criticized the lack of payments for police, he went in and paid the police what he could for the first time in the history of St Maarten

When Ottley brought a motion to ask for the government to give more locals work, he immediately established protocols with the two largest projects the hospital and indigo bay to guarantee work for locals.

Nilda Arduin told all of us here in this hall during orientation: Never undermine your own authority. This message needs to be kept in mind.

Faction Leaders: I’m pleased with the improvements we have made. I hope faction leader can see that I have maintained bipartisan relationships with all and that your input as faction leaders are being seen. Changes to the rules of order, your inclusion as committee chairs, providing you with 3rd party legal support budget, this is not to benefit me, or just my faction, but for ALL. The rules of order changes should also erase confusion anymore about closed-door meetings, as parliament needs to also have its working and technical meetings without the need to broadcast, with the final decisions of such meetings still being shared with the public.

Am I happy with everything that this government has done? No. I have my disappointments.

But I believe I have put myself in a position to be able to criticize the government. Because I have done my part.

COHO: We as parliament are the “last line of defense” that need to really exercise our rights and responsibilities to look at this objectively. We have referred to a trajectory.

The government is aware: You have been given the liberty to negotiate and even agree on a governmental level to the contents of the COHO. However, Parliament will have its say. We will take our time, we will dissect this thing in and out, properly and thoroughly. If the parliament finds it is good, we move forward, if parliament feels I require changes, it will need to be changed. But if ultimately the parliament cannot agree with the COHO, then the consensus must be broken, and a reform entity will have to go back to the drawing board.

To prepare our country financially and economically for that possibility. Do not rest your laurels just on the Dutch handouts: reactivate the EDC, seriously go into economic diversification including the signing of agreements to draft legislation for the legalization of Marijuana, make sure tourist industry is paying its fair share by means of the proposed environmental and health levies.

I look forward to hearing from the government tomorrow, and for all that was said to manifest itself in the 2021-2022 parliament.