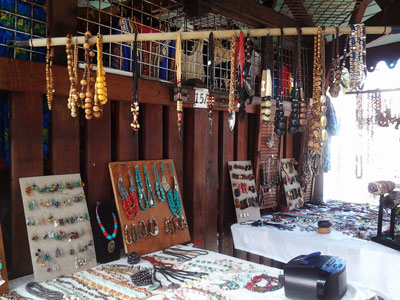 GREAT BAY:--- The ongoing social media comments by St. Martin’s repeat visitors, with support ranging from SXM Airport rebuilding to Philipsburg Marketplace vendors regrouping, may one day prove to be a unique or a profitable tourism study for an original-thinking graduate degree student.
One repeat visitor is Margaret Matz, president of Milestone Architecture, PLLC, a New York City firm. “I’ve been following this case closely,” said Matz on Monday.
The situation of the small businesswomen, inclusive of their January 24 meeting with Parliament “about the injustices against their livelihood by the Government of Sint Maarten,” may also be an opportunity to widen the knowledge and practice of democratic rights of people.
“I see this as a discussion about the right to use public space appropriately,” Matz also commented on a recent Facebook post about the plight of the marketplace vendors.
“I am not aware of any place in the world where there are no vendors in public areas,” said Matz. Her own work takes her regularly around the world and ranges from New York City design and disaster management projects to restoration of ancient churches in Italy and research in Turkey milestonearchitecturepllc.com.
The Philipsburg Marketplace vendors met with the Inspectorate Department TEATT on February 19, for “an update about the Philipsburg market.” However, their situation remains unstable after their kiosks were destroyed and livelihood devastated by former St. Maarten government minister of tourism (TEATT) on October 9, 2017.
The Ombudsman report found “No tangible considerations regarding the impact of the decision ... on the livelihood of the vendors.”
“Vendors are considered the human-scaled presence which contributes to safety in public areas. They also guarantee human presence at UNESCO heritage sites which otherwise tend to be underpopulated,” wrote Matz on Facebook in support of the working women regrouping at Philipsburg Marketplace.
Matz’s award-winning firm is scheduled to exhibit at the Venice Architectural Biennale in Italy in a few weeks.