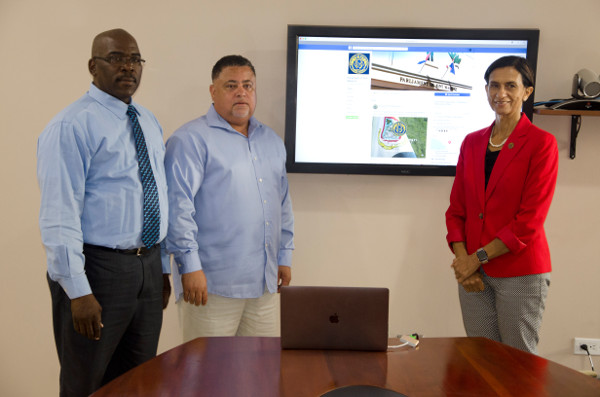 The official launch took place on Wednesday, October 4, 2017 in the conference room at the House of Parliament. Members of the Presidium were present for the launch.
With this move, Parliament steps into the fascinating and constantly evolving world of social media, with the intention to inform the public more effectively on its day to day operations. This tool will make it easier for the public to have access to updated information from Parliament.

The Facebook page contains essentials such as contact information and opening hours of the Parliament as well as a brief description of the role of Parliament in our society.

Visitors can browse the page to obtain information on upcoming meetings, pending legislation, motions etc. Due to the passing of hurricane Irma, the Annual Report 2016-2017 could not be published on September 11,

2017 as planned. However, this report is now also available on the Facebook page. Features like Facebook live will be utilized to broadcast live meetings in the near future in an aim to reach a wider audience.