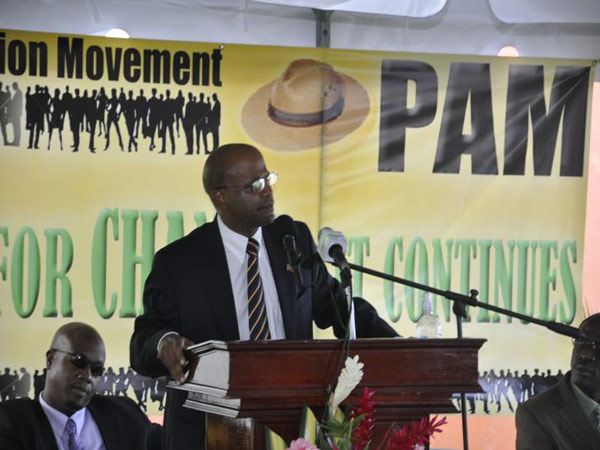 Grant recalled that, "During the run-up to the election the Government denied the fact about VAT introduction. Make no mistake, it is not a global financial crisis that hit St. Kitts-Nevis, it is 15 years of recklessness by Denzil Douglas."
Mr. Grant explained, "The truth is that each one of the taxes the Prime Minister today says the VAT is set to replace has a rate – So why is it that up until now, we cannot know the VAT rate? Yet the Government has the gall to introduce a 150-page VAT Bill into Parliament this past Wednesday, but not put in the most important piece of information, the VAT rate."
The PAM Leader registered very strong concern over the high-handed manner that the Labour Government has taken to impose VAT upon the people of the Federation, and went onto express caution to the matter of food security. 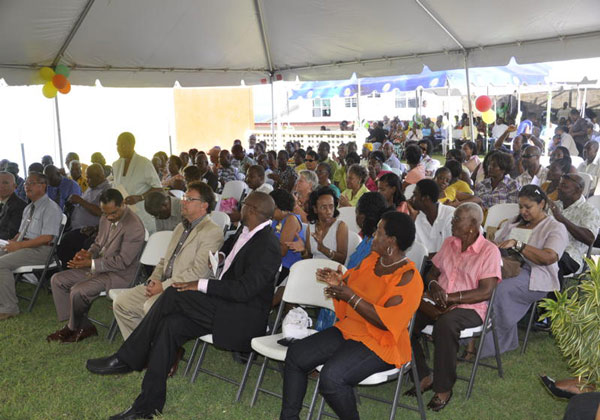 Grant continued, "Our daily needs are too great to be left to the last minute whim of Denzil Douglas and we cannot be left dangling while this Government toys with the VAT rate. This is why we have said that the People's Action Movement would remove all duties on food. We are certain that the Peoples Action Movement policy for duty free food would provide much-needed relief to the citizens, residents and people of St. Kitts and Nevis ."

Mr. Grant concluded, "Government ought to reconsider VAT on food for a Country that imports 75% of its food. VAT charged on food will cause an unacceptable increase to the cost of living for Kittitians and Nevisians."

The 45th Annual Convention was held at PAM Headquarters under the theme 'The Agenda For Change Continues' which is set to identify the policies, strategies and programs required to safeguard our families in the Federation.