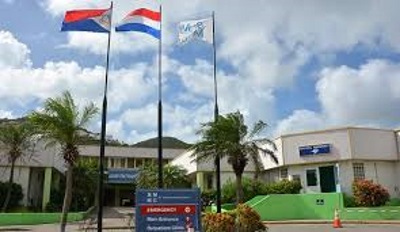 ~ New director was the only candidate that applied for position~

PHILIPSBURG:--- The Windward Islands Healthcare Union (WIHCUA) has dispatched a notice to its members informing them of what transpired in a meeting that was held with the members of the Supervisory Board of Directors of the St. Maarten Medical Center (SMMC).
According to the notice to the members met with two members of the SBOD namely Robert Jan James, Jim Rosen, and the newly hired CEO Mr. Grant Muddle a national of Australia.
The memo said that the SBOD did not entertain the WICHUA with questioning Mr. Grant, thus they requested that he leave the meeting since the union had more pressing issues to deal with. The WICHUA said in their memo that James wanted to leave the meeting but he was instructed that the membership of WIHCUA is not pleased with the decision-making of the SBOD.
Following points addressed:
1. Mr. Klarenbeek's contract ends in May, how Is it possible for him to receive such a large payout.
2. SMMC is paying the taxes for Mr. Klarenbeek because of him falling under the SPAT.
3. Mr. Robert Jan James is there too long, how long does a term last for someone to be on the Supervisory Board.
(He was very displeased with that one)
4. Since SMMC has big loss due to covid 19 and could only give the staff a 5% increase, in increments but found enough funds to make such a large payout to Mr. Klarenbeek, we the WIHCUA Board refuse to sign the new CLA and will come back for 10% increase for the staff.
5. Why are they not looking to upgrade staff instead of looking outside the Caribbean for these functions( CEO) for example.
The supervisory board was not pleased with the ambush, but it was necessary seeing the circumstances, WIHCUA Board was able to contact and have meetings with the new Minister of Health before them and to the radio station. They would not sit with the WIHCUA board just like that.

The WIHCUA board stated that they are preparing for the negotiations and they are ready for the fight. They further instructed their membership to continue wearing their black tee shirts until they are instructed otherwise.
While the WIHCUA and its membership are questioning the hiring of an Australian as SMMC Director, it must be noted that Mr. Grant Muddle was the only applicant that applied for the position. The current director Dr. Felix Holiday who has been holding the forth for the past years did not apply for the position.
The hiring of the sole candidate that applied is therefore questionable since there was no pooling and comparison of the candidate’s educational background as well as his managerial experiences. The SBOD of SMMC owes the government and people of St. Maarten an explanation as to why the publication of the vacancy was not extended in order to give other candidates the opportunity to apply for said position. It is clear that the current director has until the end of May 2021. Besides that Dr. Felix Holiday should also give the reasons as to why he did not apply for the position.