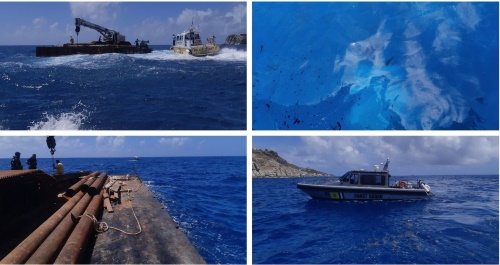 PHILIPSBURG:--- The Coast Guard received a notification this morning, that the tugboat Jason encountered some problems at sea. The tugboat was towing a barge from Oyster Pond to Simpson Bay. The captain indicated that at a certain moment he noticed that water was entering the tugboat. The tugboat sank very rapidly and could not be helped. The two-man on the tugboat swam to the barge they were towing and are safe and sound. The barge was towed to Simpson Bay by another boat.