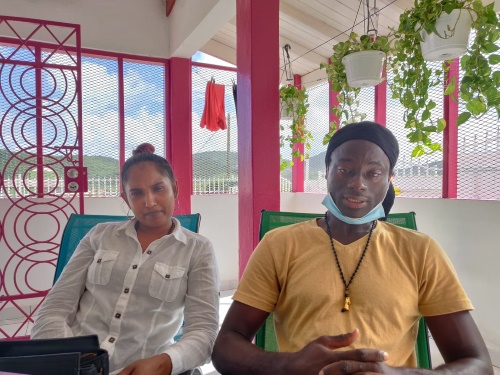 ~Detective Department claims they have language barriers with French counterparts and vehicle owners.~

PHILIPSBURG:--- Since the publication of an article relating to a stolen vehicle that belongs to a car rental that is parked in front of the Philipsburg Police Station it appears as though a pandora box or either a can of worms have been opened up that involves the Police Department (KPSM) and alleged cover-ups.
Melvin Mills and Sharmilla Parshram told SMN News that their nightmare began on September 11th, 2020 when Police seized a 2018 Kia Picanto they purchased from Stanley Baptist and Shermina Hodge Baptist in August 2018. The couple said the seller “Stanley Baptist” whom they know personally told them that they obtained the vehicle from St. Barths since it is a 2018 model. Mills said he asked Stanley Baptist if the vehicle was stolen and he was assured that the vehicle was brought in from St. Barths and it was not a stolen vehicle, however when the bill of sale was made only Baptist wife’s name appeared as the seller of the vehicle “ Charmina Judianne Abigale Hodge-Baptiste.” Mills and Parshram said that when police seized the vehicle they informed them that the VIN number was manipulated and has since accused the buyers that they were well aware of what they were getting involved in. Emails from the Detective Department showed that the Police are alleging that Mills and Parshram knowingly engaged in purchasing a stolen vehicle because the purchase price is not the same as what they paid the sellers. Mills said he upgraded the vehicle since the purchase and have provided police with all the relevant receipts to show that he conducted what he believed to be a legitimate business. He said he has since hired the services of De la Rosa Law firm who dispatched letters to the Chief of Police and the sellers. The sellers Stanley Baptist and Charmina Judianne Hodge Baptist have since hired the services of Brooks and Associates.
Mills told SMN News that he informed police whom he bought the vehicle from and to date this person has not been arrested or questioned because he has relatives heading the KPSM detective department. He said on one occasion he went to the home of the Baptist and a Police Officer was called and that officer told him he should consider the sale of the vehicle as a rental agreement between the Baptist’s and him and that he should not step foot again at the home of the sellers. Mills said he told the officer who called him to put the statements he made to him on phone in writing and send it to his lawyer because he did not rent any vehicle from the Baptists’ but in-fact purchased a vehicle that turned out to be a stolen vehicle. Mills made clear that while Police claimed the vehicle was stolen they have not provided any evidence to him neither his lawyer such as proof of the manipulated VIN number.

Mills and Parshram claimed that they also informed Police of another vehicle that he believed is also a stolen vehicle that was at the residence of the Baptists’ and instead of Police seizing that vehicle they informed the Baptists and that vehicle has since been moved to a parking lot where Stanley Baptist is operating his restaurant business.
The couple said since their vehicle has been seized they conducted their own investigations and the stories they are receiving is that officers of KPSM are involved in alleged cover-ups with regards to the stolen vehicle rampage because the police or their relatives are part of the gang that has been stealing vehicles from the French side and selling them on the Dutch side. 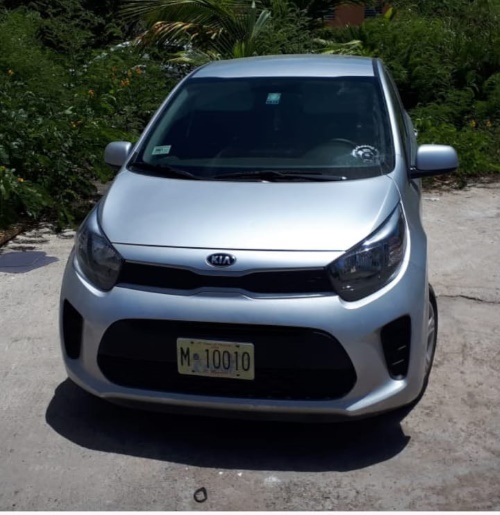 Evidence of this case can be found beneath this article.
SMN News learned that the detective department is busy trying to interrogate owners of stolen vehicles and are asking them for their opinion of the police.
The owner of AAA car rental said on Monday he was questioned and most of the questions that he was asked had to do with the article published by SMN News while another officer he identified as “Valesquez” was more interested in selling him a system to protect his vehicles. The businessman said that he is yet to receive his vehicle back because said they are still investigating and that police are now saying that they are unable to locate the keys of his vehicle.

Click here to see the sales and purchase agreement and communication between lawyers and KPSM.