WILLEMSTAD:---The Parliament of Curacao passed a motion on October 9th endorsing the Political and Decolonization Committee on its mission to head to the Fourth Committee of the United Nations General Assembly for the protection of the right of self-determination.
Aruba already passed such a motion endorsing the quest taken on by the PRO Soualiga Foundation. So far, the Parliament of St. Maarten has not passed any such motion. However, Pro Soualiga Foundation already took steps to petition the United Nations.
Below is the motion passed by Curacao. 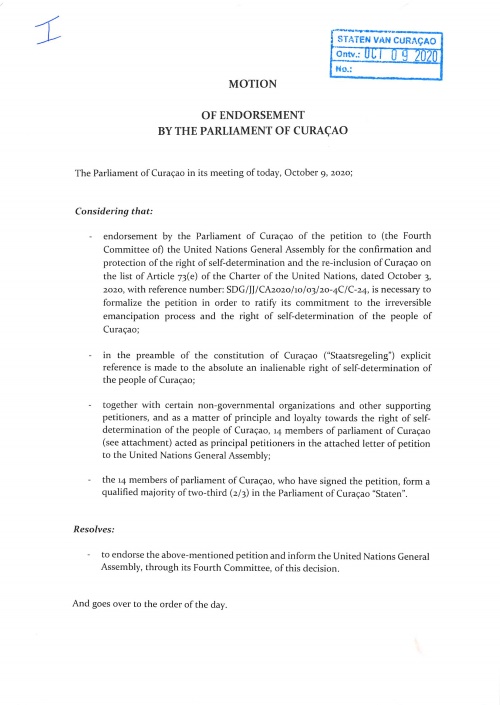