PHILIPSBURG:---On Monday evening March 9th approximately 07.50 pm, the dispatch center received several calls concerning a shooting that took place on the Pendent Cactus drive-in the Sucker-Garden area.
In a house on the Pendant, Cactus drive the police patrol and the personnel of the Ambulance department encountered a male and a female victim who were both suffering from gunshot wounds.
The patrol noticed that the male victim had sustained a gunshot wound to his chest while the female victim was shot in her upper body. The victims with the initials J.J.B and A.M.S were stabilized on the scene by the paramedics and rushed to the Saint. Maarten Medical Center in critical condition. 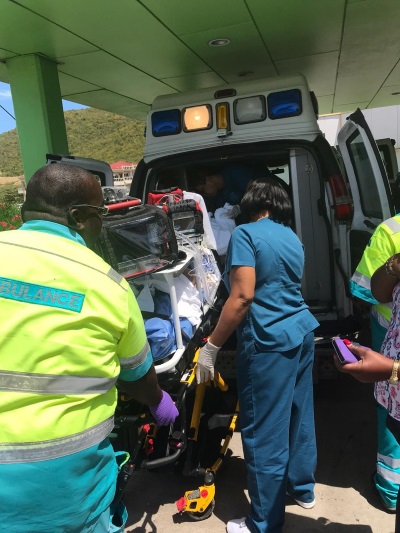 Shortly after this shooting incident, a male suspect with initials J.A.B who is a minor appeared at the police station and turned himself in. He told the officers that he was involved in the shooting that had taken place in Sucker-Garden earlier.
The suspect was immediately arrested and handed over to the detective department for further investigation.
Later in the evening, the police were notified by the personnel of the Sint Marten Medical Center that the victim J.J.B. had died from the injuries he received.
The Sint Maarten police force would like to express its condolence to the family of the deceased.

The female victim that was shot Monday evening has been airlifted to Colombia on Tuesday for further medical treatment. SMN News understands the victim identified as A.M. S is in critical condition as she was shot in the head.