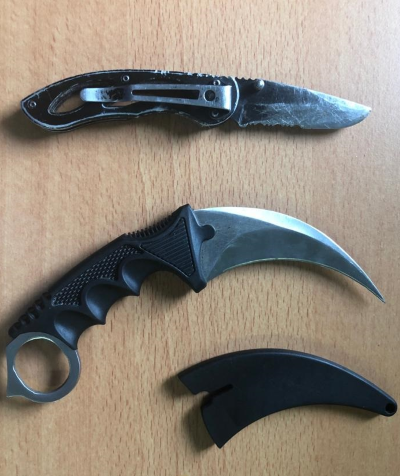 PHILIPSBURG:--- The police department of St.Maarten is urging, cooperation from parents and guardian concerning the serious ongoing situations with their minor children that are taking place in an around the secondary school in St. Peters and South Reward area. On Wednesday, September 11th, 2019 about 12.00 pm, the Philipsburg patrol was sent to one of the secondary schools in South Reward where a student, supposedly was in possession of a dangerous type of knife. At the scene the patrol encountered a male student with a curved knife in his position, the student was arrested and the knife confiscated. During a routine check on the clothing of the suspect another the knife was found, this weapon was also confiscated for further investigation. He was brought to the police station and handed over to the juvenile department.