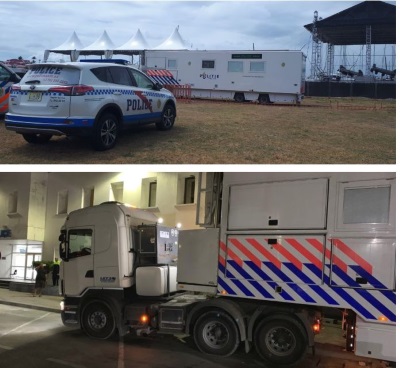 PHILIPSBURG:--- The Mobile Communication Unit which has been brought in from the Netherlands since the passing of Irma and which was placed in front of the Police Head Quarters in Philipsburg and served as the Emergency Dispatch Center has been removed. This has taken place since the opening of the new Emergency Dispatch Center and the Camera Surveillance Center which officially opened on February 1st, 2019. This state of the art multifunctional MCU has been transported to the premises of Port De Plaisance where the Heineken Regatta Village has been erected for the 39th anniversary of this event and it will exactly serve the purpose it was constructed for. From this MCU all operations regarding the regatta such as communication, the filing of minor reports etcetera will take place. The MCU will be manned by all emergency services to provide the necessary service to everyone at that location and will not disrupt the regular public emergency services. It is the intention to transport and use this MCU to the location where major future events are held.