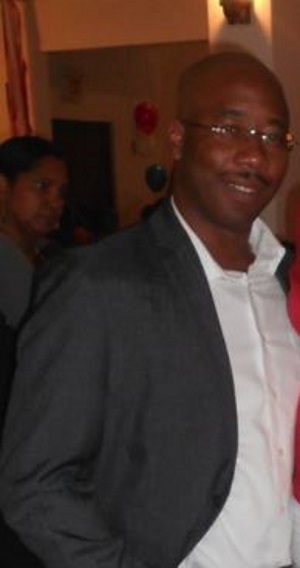 PHILIPSBURG:--- Minister of Justice Cornelius de Weever has named Eunicio Martina as the Acting Secretary General for Justice. SMN News understands that the Minister dispatched an email on October 22nd informing his staff that Martina is the candidate for the vacant post.
Martina is a close friend of the Minister he once worked at USZV and was unlawfully dismissed, he won a NAF1.4.M for the unlawful dismissal.
While Martina is yet to be screened for his new position at the Ministry of Justice sources within the Ministry said that Martina is already working in that position and has access to all the Ministry’s sensitive documents.
Efforts made to reach the Minister of Justice by phone for a comment on the new appointment proved futile as the Minister did not answer his phone.
It should be noted that the position of Secretary General is not a political post as such candidates are supposed to be holding a permanent position and not temporary such the former Acting Secretary General Ruben Thompson whose contract was not renewed after a 3-year period.
Martina’s appointment was made on October 22nd retroactive to October 15th. This is clearly against government’s procedures especially when a non-civil servant that is an active member of the Minister’s cabinet.
Furthermore, SMN News understands that the appointment was not discussed and was not approved by the Council of Ministers. Several Civil Servants at the Ministry of Justice with previous experience serving in the capacity of acting SG are reportedly surprised that they were not requested to temporarily fill the void after Thompson's departure.

A recent attempt by the Minister to appoint Mr. Martina as a member of the Commissie Beescherming Persoonsgegevens (committee for the protection of personal data) was reportedly denied by the Governor's office and sent back to the Minister SMN News learned.