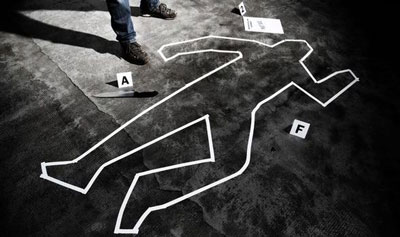 PHILIPSBURG:--- Police are trying to locate the driver of a vehicle that hit down a mentally ill patient early Saturday morning in the vicinity of ACE Mega Store. The victim has been identified a Roy Flanders.
Police Spokesman Ricardo Henson said that police was called around 4:30 am where they found the lifeless body of the victim. Henson further explained that it appears as though the victim was hit so hard that he ended up about 25 meters from where he was hit. He said the body was found in front of Ace while the vehicle that hit down the well-known victim left the scene and police are trying to locate the vehicle and its driver.

Police investigating fatal “Hit and run”
The Police traffic department is asking the general public for assistance in the fatal “hit and run traffic incident which took place early Saturday morning on Union road Cole Bay in front of ACE Mega Center. This is where the victim identified with initials R.F. was fatally struck by a still unknown vehicle. The driver of this vehicle did not stay on the scene and continued their way in the direction of the French Side and has not yet been located. The vehicle should have quite some damage due to the impact. The victim was pronounced dead on the scene by a medical doctor. The police are asking anyone who has seen what happened or have any information regarding the vehicle or the driver to immediately get in contact with the Police Traffic Department by dialing 54-22222 ext. 240/241/242 or # 911.