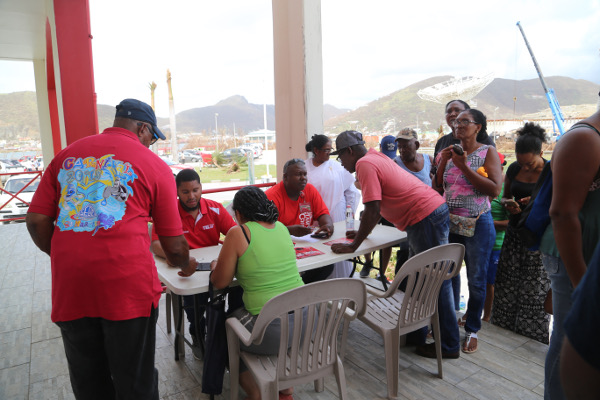 POND ISLAND:--- TelEm Group Chief Executive Officer (CEO) Mr. Kendall Dupersoy, is instructing all company personnel to report for work 9.00 a.m. Monday September 25th, to begin the process of normal work routines following the passage of Hurricane Irma and Tropical Storm Maria.
Shortly before the passage of Hurricane Irma, all staff were ordered home until further notice to prepare for the storm.

On Friday, Mr. Dupersoy said the company’s main building on Pond Island is now receiving water and power from GEBE and also the main backup generator is in good working condition. The TelEm Group building has also been cleared of debris and windows and doors have been boarded up where necessary.
“The work environment is once again safe and in a state to resume work,” said Mr. Dupersoy.
“I continue to thank all of our staff who have been rendering service to the general public soon after passage of Hurricane Irma under very poor conditions. Now we are ready to have all staff on board to continue with our regular work in providing service to our customers and to the general public,” said Mr. Dupersoy.
He said staff will be dealing with a backlog of administrative tasks, billing and other works that have been on hold since the passage of both storms and can now be better handled with all available personnel back at their posts.
The TelEm Group boss says even employees who are still experiencing problems following both storms should come in to hear what management has to say and to speak with their manager(s) and with the Human Resources & Development Department so that their situation can be better assessed.
The CEO expects the first order of the day on Monday to be an address to staff about the present situation regarding damage caused to the TelEm Group infrastructure by Hurricanes Irma and Maria, Status of personnel following the storm and actions taken by management to assist personnel, Status of the TelEm Group main building and other locations, actions taken to provide service to the general public, recognition of works carried out by personnel shortly after the storms and management plans for the coming weeks and months.