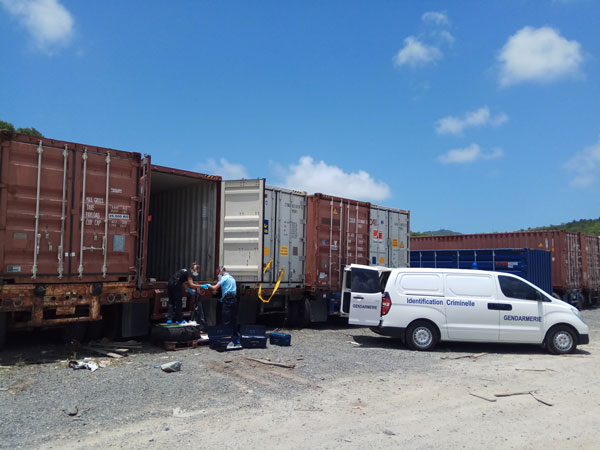 Decomposed body found in a container at Galisbay Port.

Marigot:--- Vice Prosecutor Yves Pallard in a press release issued on Thursday is calling on the community to provide whatever information they may have regarding the decomposed body found in a container inside the Galisbay Port. According to the release, the Gendarmes had to go the Galisbay Port around 12:30 on Thursday where they found a highly decomposed body. Paillard said that the container could not be opened from the inside but had a padlock on the outside.
Due to the advanced stage of the decomposed of the remains the victim could not be identified by the forensic pathologist.
This container had been left empty in the carport inside the port since January, the container landed on the Dutch side of the island and was also emptied on the Dutch side of the island.
The remains have been confiscated as the investigation into a possible homicide has been opened.
While Prosecutor Paillard has been calling on persons to provide information to the investigators the press release issued on Thursday has left a number of questions. One is how did the container end up at the French Port that has security especially knowing that the container came into the island through the Dutch side and was also emptied on that side of the island.
How is it possible that Galisbay Port store containers and they cannot provide much-needed information on the owner of the container. Besides that how is it that no one realized that a corps was inside the container since a decomposing body smells.