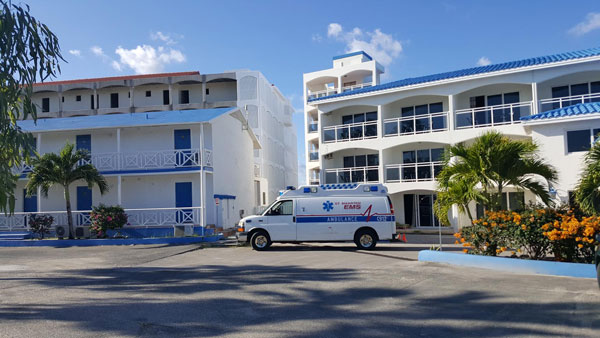 BEACON HILL:--- An early morning stabbing at the Alegria Hotel has left two persons dead.
SMN News learned that a dispute between some tourists led to a stabbing causing the death of at least two of the tourists According to information reaching SMN News, a couple seems to have had an argument which turned deadly when the man slit the throat of the female suspect that is now dead. It's not yet clear how the man was killed.
Police Spokesman Ricardo Henson confirmed the early morning stabbing that has left two persons dead.
Henson said that he did not have much information on the case as he was not yet at the location. As soon as more information on this fatal stabbing is available, SMN News will update this news item.

Early this morning, April the 5th, the Central Dispatch Center received a call of an incident that took place at the Alegria Hotel, located in Beacon Hill, and immediately send a patrol to the location to investigate what had been taken place.
The patrol learnt that an altercation took place between a couple that is staying in one of the rooms at the Alegria Hotel. During this altercation both parties were seriously injured, possibly by the use of a sharp object. Both victims were threatened on the scene for their injuries, nevertheless both of them died as a result there off. The identity of these persons has not yet been established.
The police department is presently investigation the case. The crime scene has been closed off, several detectives and the forensic department are at the scene to collect evidence and speak with possible witnesses.
More information at this time is not available, as soon as more details comes in, the media and public will be informed.