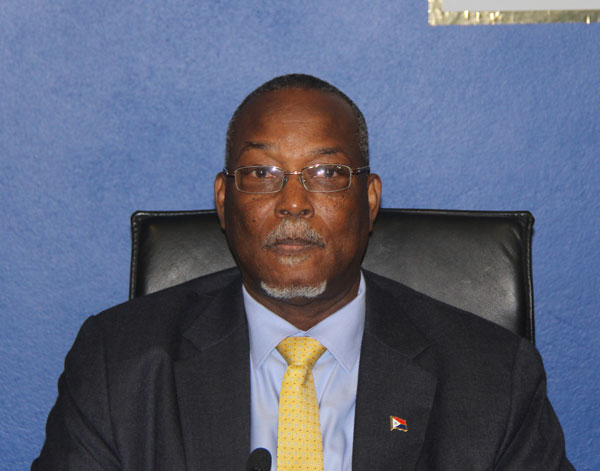 PHILIPSBURG:--Minister of Justice Rafael Boasman told members of the media on Wednesday that prison fights are normal, it happens all over the world and it is not something that is unusual, the Minister made those statements in reaction to the media articles on the recent prison fight that left a prison guard injured and hospitalized.
The Minister said he just recently met with the task force committee to get an update on the measures taken in February is for a period of three months. Minister Boasman said that locks and other materials that are needed for the prison repairs have been ordered and as soon as those items reach St. Maarten a contractor will be hired to conduct the repairs and fencing of the prison facilities. Apart from that, the plans of approach for the prison was discussed as they move forward with bringing some tranquility in the prison. Minister Boasman further explained that the prison does have a shortage of staff but that is due to a number of prison guards that are on sick leave, he made clear that a procedure has to be followed in order to get those persons back to work.
Lawyer’s outstanding payments will be made.
The Minister of Justice also announced that he will be meeting with the representative of the lawyers that were not paid for their services. The Minister said he regrets that this matter had to reach as far as it did because he firmly believes that when people work they need to get paid. He said that he intends to meet with the representative to work out the payment schedule and to also discuss how they intend to work in the future.
Parents and Guardians asked to monitor their children during Carnival Season.
The Minister of Justice also called on parents and guardians to monitor their children especially under-aged youths that will be going Carnival activities. He said the police will be busy during this period and they will take actions when and where necessary, therefore parents and guardians must also realize that they do have a responsibility when it comes to monitoring their youths.