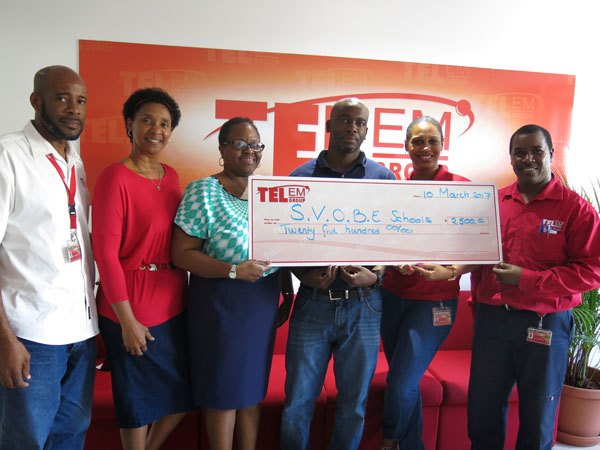 Pond Island:---  TelEm Group is extending heartfelt congratulations to SVOBE Schools, MPC and Sundial for attaining a milestone in the education of St. Maarten youths, many of whom have grown into prominent members of their community.

Alumni of both schools will be amongst those marking 50th and 40th Anniversaries respectively, during a $100 per plate fundraising dinner at the Westin, Dawn Beach Resort, this Saturday.

Joining them will some of TelEm Group’s own employees who have excelled from the education they have also received from these schools.

Mr. Dupersoy said both schools have contributed much over the years towards the education of young St. Maarteners and both deserve to be recognized for reaching such important milestones.

“Many of us continue to be grateful for the fine education we received at MPC and Sundial despite a lack of resources in many areas, but the proof of the sound groundwork that was laid is there to see. Many former students of both schools are holding top positions in the public and private sector of St. Maarten,” said Mr. Dupersoy.

The CEO on Thursday wished the SVOBE Schools management team much success with a host of celebratory activities they have planned for the year, including Saturday’s fundraising dinner.

He said a generous donation from TelEm Group, some of which will go toward the hosting of Saturday’s event should set the tone for a fun and rewarding night that is sure to feature a reunion and gathering of past and present students and teachers as well as friends and families associated with both schools.

The SVOBE management team has meantime thanked TelEm Group for its donation and kind words.