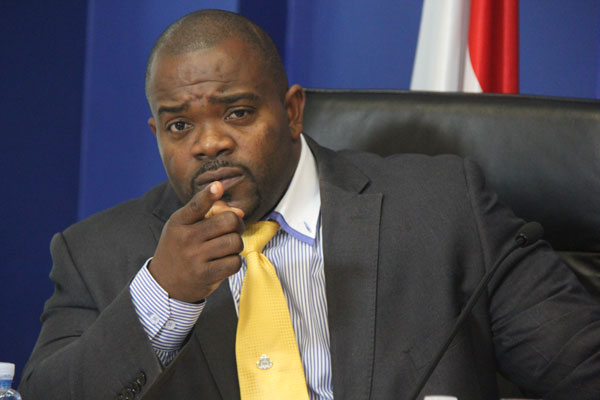 PHILIPSBURG:--- Responding to questions posed by SMN News regarding the letter sent to the board of St. Maarten Housing Development Foundation (SMHDF) asking that the three members that were appointed by government submit their resignation, Minister of VROMI acknowledge sending a letter to the board and asked for the members SMN News mentioned in its previous article, those are Anthony Brown, Jason Peterson, and Roxanne Howell.
The Minister said that he received over 150 complaints from residents living in the Belvedere homes in deplorable conditions and as the government, he had to do something. He said what broke the camel’s back was when he saw the condition of the home an 86 year old woman was living in and the board has not taken any action to maintain the homes that have mole and are leaking. Some of the homes even have electrical problems and residents are forced to live elsewhere while paying SMHDF rent for their homes.
The Minister said discussions are ongoing, but so far he did not get an official response from the board regarding his request for the government-appointed members to resign.