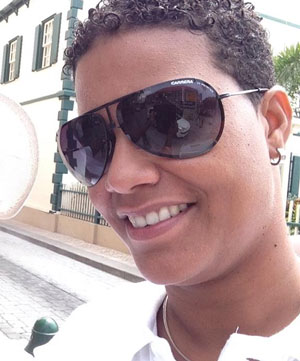 PHILIPSBURG:--- Attorney at Law Brenda Brooks was arrested by four detectives on Wednesday morning at her home in Saunders. SMN News understands that Attorney Brooks was taken to the Philipsburg Police Station where she is being questioned in the presence of lawyers.
SMN News contacted the spokesman for the Prosecutor’s Office for information on the arrest and he said that he was in court and was unable to provide any information.
SMN News learned that Attorney Brooks is allegedly deeply involved in the Ostrich Investigation that involves at least three immigration officers that have been arrested for bribery and human smuggling. Based on the information SMN News received it is alleged that Attorney Brooks is one of the persons that bribed immigration officers.

Another suspect detained in Ostrich-investigation

On Wednesday morning, February 22nd, 2017 the suspect B.B. (..) has been arrested in the Ostrich-investigation. She is suspected of bribing one or more immigration officials and human smuggling. The arrest is part of a lengthy investigation that has been ongoing since April 2016, code-named Ostrich.,

It concerns an investigation carried out by the Unit Human Trafficking and Human Smuggling of the St. Maarten Police Force, KPSM into illegal admittance of amongst others Jamaicans, Haitian's and Guyanese.