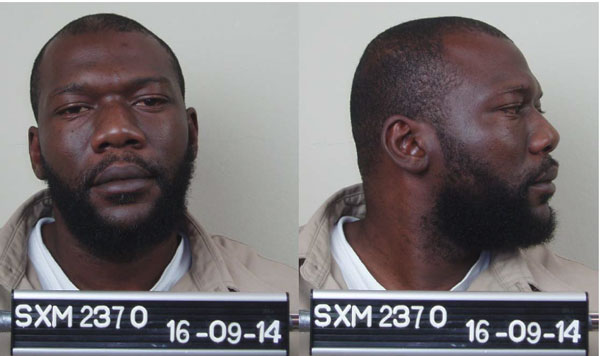 PHILIPSBURG:--- The Prosecutor’s Office in good collaboration with the St. Maarten Police Force (KPSM), the Kingdom Detectives Cooperation Team (RST) and the French Authorities is actively searching for escaped prisoner Kathron “Kuchi” Fortune born on October 14, 1977, on the island of Grenada. He is sentenced to imprisonment at the Point Blanche prison for murder, but escaped from prison guards who had taken him for a doctor's visit in Cay Hill on February 15, 2016.

A lot of effort is being done by both Dutch and French authorities to catch “Kuchi” since there is concrete information that “Kuchi” is still on St. Maarten. In the past week's extra efforts have been taking place in the hunt for “Kuchi, some of which may have been visible to the public. Recapturing “Kuchi” has always been one of the priorities of all justice authorities.

It is important to know that harboring "Kuchi" - or for that matter, any other fugitive of the law - or helping him to escape from justice is a serious crime and punishable by law. This type of assistance will lead to the arrest and prosecution of those who make themselves guilty of assisting “Kuchi”.