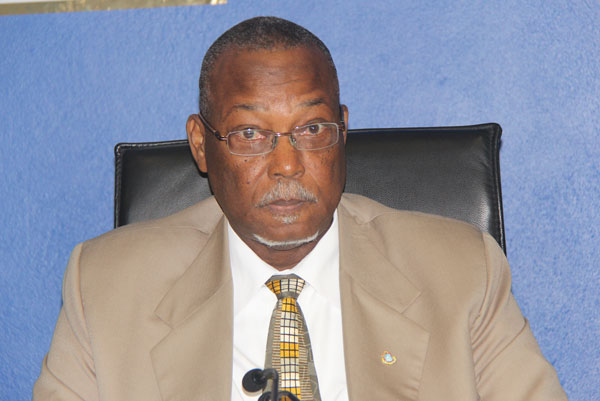 KPSM has plans of action that will soon be unleashed.

PHILIPSBURG: --- Minister of Justice Raphael Boasman announced on Wednesday that he met with the management of KPSM after several armed robberies were committed last week. The Minister said that when he met with the management of KPSM the informed him that they have a plan of approach in place which was discussed in-depth, he said police labeled the current crimes as “high impact” crimes due to the modus operandi used by the criminals committing these crimes.
The Minister said that he also met with the progress committee and he also intends to meet with the merchant's associations to discuss the crime rate on St. Maarten and how police intend to tackle those crimes. He also mentioned that he met with the management of the Police Academy simply because the police are undermanned and as such, they need more men in blue.
As for the prison, the Minister said some equipment arrived on the island that was promised by Holland. That equipment that arrived on St. Maarten includes two walks through the scanner, a bed for doctors to use to examine patients and some other needed material for the house of detention.
The Minister said that the police have been very active these past days in order to combat crimes, besides conducting raids at the prison.
As for Insel Air and its current predicament, SMN News asked the Minister if St. Maarten will be taking any actions to safeguard passengers since the Dutch and USA already warned their citizens and civil servants in the Caribbean not to use Insel Air. Boasman said after meeting with St. Maarten Aviation authorities, they see no reason to panic or take other measures since the aircraft's Insel Air is using for the islands are aircraft's they leased and are in good working conditions.