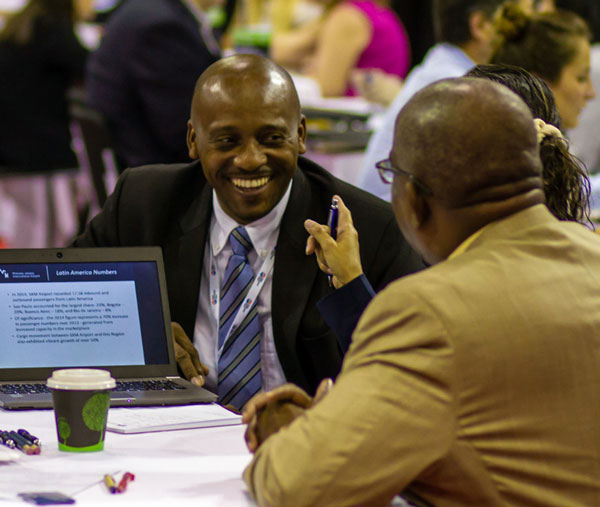 PHILIPSBURG:--- A delegation from St. Maarten will be attending Routes Americas in Las Vegas next week, from February 14 to 16. Routes are the premier airlift and planning event in the world, bringing together a raft of speakers who understand what challenges and opportunities the industry faces in the coming years and decades.

The government of St. Maarten will be represented by representatives of the St. Maarten Tourism Bureau and cabinet members of the Minister of Tourism and Aviation. Princess Juliana International Airport will also continue its annual presence at Routes by sending a small delegation. All of the aforementioned parties met on Tuesday in a pre-routes planning meeting.

With new carriers expanding into the Caribbean region annually, St. Maarten has to be positioned and must be ready to engage in conversation at conferences such as Routes to claim some of that business.

Now in its tenth year, Routes Americas 2017 is set to be the biggest and best ever. Routes Americas returns to the US for only the second time in the event’s history, following a record-breaking year in San Juan. Routes Americas is the only event which is focused solely on network development, and attracts leading decision makers from across the region and beyond.

Bringing together a range of airlines, airports and tourism authorities, including some of the largest carriers from North, Central and Latin America, this event offers the opportunity meeting with some of the most influential aviation professionals from across the Americas region.

Each year Routes Americas, which is the annual gathering of air service decision makers for the Americas region, attracts the region’s senior decision makers positioning it as the must attend event for all those interested in meeting with the industry’s key players.

In 2017 Routes Americas is expected to attract over 80 airlines, 280 airports and almost 40 tourism authorities along with a number of other industry stakeholders from across the region to discuss air service development.