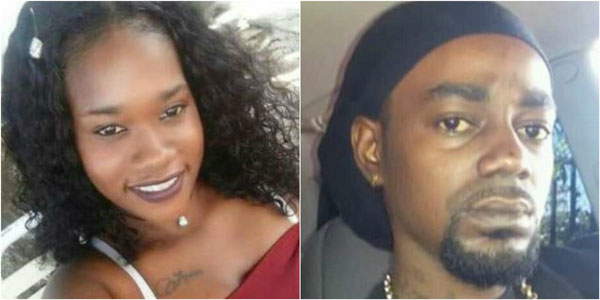 PHILIPSBURG:--- A young man identified as Taheba "Samuel" York and a young woman from the Sucker Garden area identified as Sabrina Martes were shot dead in a vehicle in Sucker Garden shortly after 11pm Friday night.
According to police spokesman Ricardo Henson the two people drove into a yard in Sucker Garden when they were attacked and shot to death. Bystanders said the vehicle drove into Eddy’ York property but the victims did not get an opportunity to exit the white Elantra with license plate P7712. SMN News learned that another vehicle drove up to the vehicle the two young people were in and began firing shots at them killing both on the spot. Friday night shooting has been registered as the first brutal murders for the year 2017. While the crime figures may have decreased the amount of violent crimes on St. Maarten has escalated.

Police Spokesman Ricardo Henson said that information surrounding the deadly shooting is limited for the moment including the motive for it.

On Friday, January 6th at approximately 10.45 p.m. 911 Emergency Dispatch received a call of a shooting that had taken place shortly before in the area of the Sucker Garden. Immediately several police patrols were directed to the scene to investigate what had taken place. On the scene the officers encountered a white Hyundai with license plate P-7712 which had heavily tinted windows. The officers also noticed that the vehicle in question had numerous bullet holes. Upon opening the doors of the vehicle, the investigating officers encountered a male and a female victim who were not showing any signs of life. The scene was immediately closed off. Immediately the Detectives and Forensic department were sent to the scene to speak to potential witnesses and to collect evidence.

The victims were pronounced dead on the scene by Dr. Mercuur. The bodies of the victims and the vehicle they were in were confiscated for further investigation. It is still unknown who is responsible for the shooting and why it took place. The Detectives are asking anyone who may have information in connection with case to call the tip line #9300, Tel. 54-22222 ext. 215 or 911. The victims have been identified as T. York and S. Martes.