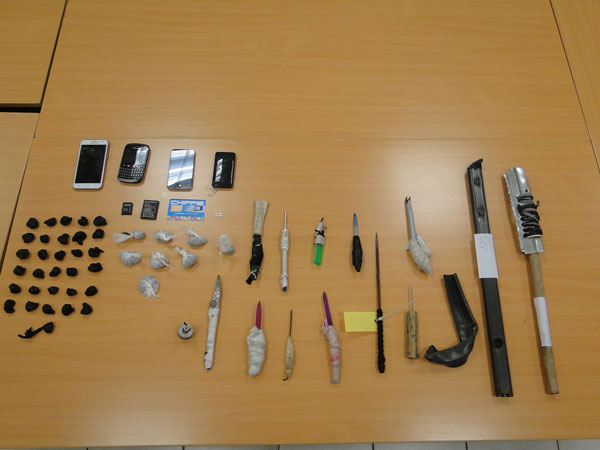 PHILIPSBURG:--- On December 16 2016, at approximately 06.00 am an unannounced search was conducted by Prison guards and Marines at the Point Blanche Prison. Unauthorized items such as: mobile phones, marijuana packets and make-shift weapons were found. The search was a proactive initiative in an effort to minimize the possession of unauthorized and potentially dangerous items in the prison. All confiscated items were documented by the Marines and Prison guards.