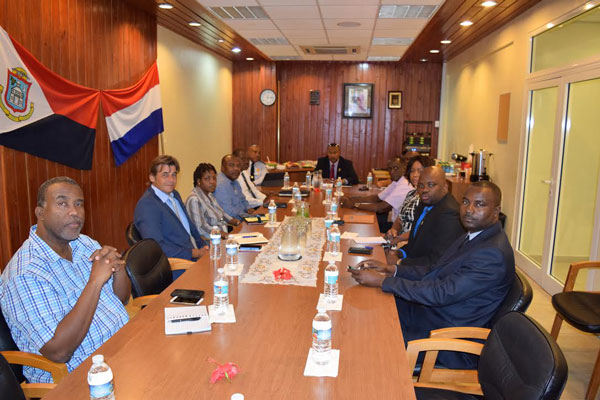 PHILIPSBURG:--- Several Commissioners of Police from the neighboring islands met today November 24 2016 at the Philipsburg Police Station. The delegation was comprised of the Management Team of KPSM, Royal Police Force of St Kitts and Nevis and the Royal Police Force of Anguilla. Delegations were led respectively by Chief Commissioner Carl John, Commissioner I.M. Queely and Superintendent Allan Coppin. Of the topics discussed was the noticeable trend in crime between the three islands which has raised concern. There was an extensive discussion in effort to improve and strengthen the working relationship between the three islands in an effort to reduce crime on the individual islands. This is the first of such meetings for these three islands with the intention to have follow up meetings.