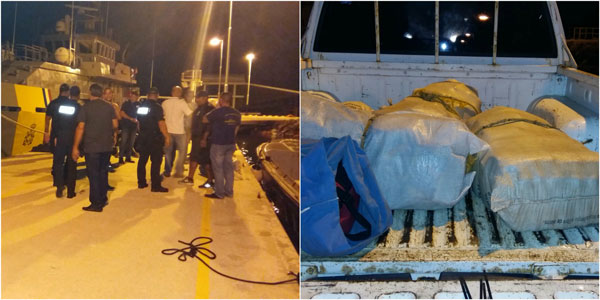 The Dutch Caribbean Coastguard (DCCG) intercepted a large amount of narcotics on Tuesday, November 15 on a 'Go Fast'. Around 21.00 hours, the operator in the radar room of the Coastguard Sub-station Aruba detected a suspicious contact south of Santana di Cacho, Aruba.

The Maritime Police was informed and immediately set up a unit, the BP 2 to investigate the contact. A coast guard was also taken on board. By direction of the radar operator, the BP 2 was directed to the contact. When they arrived onsite they found an unlit vessel. When they realized they had been detected, the crew began throwing bales of presumable drugs overboard. They also tried to flee and a chase began. The vessel was forced to stop by shooting directly at the engines. The five (5) persons on board were arrested as a suspect of violating the Narcotic Drugs Ordinance. The bales of drugs are removed from the water and seized. 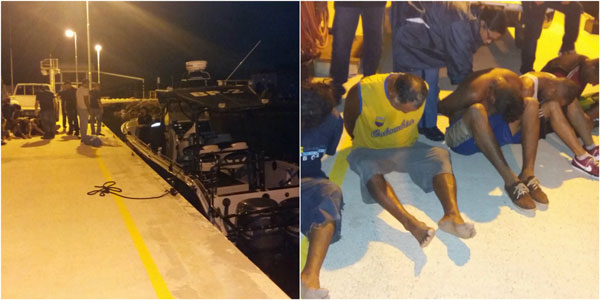 Both the vessel and the suspects, all five (5) with the Venezuelan nationality, were taken to the coast guard jetty in Savaneta and transferred to the Unit Organized Crime (UGC) of the Police Corps Aruba (KPA) for further handling of the case.

This successful arrest was supported with the coordination of Coast Guard operations center and air support of the Coast Guard helicopter, the AW-139.

This is another good example of cooperation between the local partners in the judicial chain: the Coast Guard, Maritime Police, the UGC and the KPA.