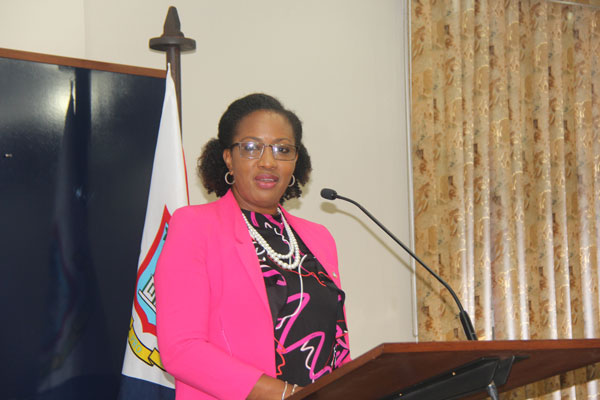 PHILIPSBURG:--- The Minister of Education Silveria Jacobs announced that the teachers and students at the Lionel Connor School are being affected since October 19th and that testing has been conducted daily at different hours to determine the level of toxic air in the area. Minister Jacobs also added that the Fire department only have equipment to test for 9 types of polluted air and what the level found in the area is not alarming, however, students and teachers have been affected and as such she along with the inspectorate of education took the decision to close the school on Tuesday and Wednesday in order to properly dust the school. Minister Jacobs said that the teachers placed a deadline on how long they intend to wait in order for repairs to electrical to take place in order for them to be in the safe environment. She said she fully understands the teachers and the parents of the students that have many questions especially regarding the long-term effects this type of pollution would have on them.
Asked by SMN News why CPS was not involved in this health-related matter from the inception Minister Jacobs said the inspectorate of VSA was involved and they were in the meetings held these past days. The Minister said that the department of CPS was fully updated on Tuesday and now they are on board since the matter is regarded as a health hazard.
Also asked by SMN News if she or the government of St. Maarten is concerned about the fact that GEBE and SOL are not in possession of a hindrance permit while they are using heavy and toxic fluids. The Minister said only on Tuesday she got word on that and right now all Ministries are fully involved in ensuring that the necessary measures are been taken and the companies that need to have a hindrance permit gets one after following the necessary procedures.
Minister Jacobs also disclosed that GEBE has been using an incinerator which they stopped on Monday. She said while government is conducting their testing and investigation, GEBE is also conducting their research by visiting homes and other places in the Cape Bay area.
Jacobs that the fire department indicated to them that while the measurement is low it could affect people with respiratory issues, and or asthma or young children. She said because of all this further testing has to be conducted and a solution must be found.