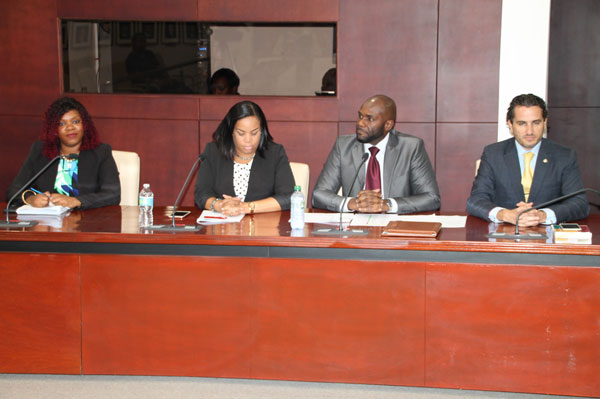 PHILIPSBURG:--- The recounting of the ballots the last two days which ran up to early Tuesday morning has made a small change as to who will be elected to Parliament. When the preliminary count was disclosed last Tuesday it showed that Jules James would have returned to parliament, however, with the recount MP Tamara Leonard outrun James by 6 votes causing her to be the 5th MP from the UPP slate to be elected.
However, while there was that change some of the candidates lost a few votes while some gained. Even though Jules James is not one of the five MPS elected. He is next in line to come into parliament should one of the elected Members of Parliament from the UPP decides to vacate their seat as MP and to become a Minister, that, of course, will open the door for Jules James to come in.
One thing that can be assured that is that the recount did not change anything for the two parties namely the National Alliance and the United Peoples Party, since they maintained their five seats in Parliament and the current coalition government can now move on with forming the next government which should allow swearing in to take place on October 31st 2016.