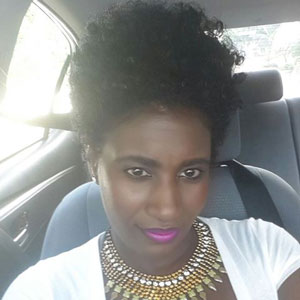 Demanded that UTS put her phone on after it was cut --- Management denied the request.

PHILIPSBURG: --- The scandals and abuse surrounding GEBE internal auditor whose contract might be terminated if the Supervisory Board of Directors does not buckle to political pressure coming from the Democratic Party has once again abused the privileges she has from the government-owned company.
According to information reaching SMN News Daniel who was off island on vacation used the company phone while overseas and its roaming, until UTS cut the services of the phone due o the high usage. Sources within GEBE said that Daniel then called UTS and demanded that her phone be turned back on but when UTS contacted GEBE for authorization they denied the request since Daniel was not on company’s business overseas.
Already the SBOD of GEBE have decided to terminate Daniel after she took the company to court for NAF 2,000.00 salary cut she endured when her contract was renewed on June 13th 2016 and she was awarded a permanent position. SMN News learnt that the SBOD have decided in their meeting that they will first hear Daniel before moving forward.
Apart from the cellular phone abuse, Daniel damaged three vehicles for GEBE, including a four door wrangler that was from a rental company. At the time Daniel was not in possession of a valid driver’s license and as such GEBE had to pay the rental $8,000.00 for the damages caused to the rental. The most recently Daniel took the company vehicle she is using to the garage for the replacement of a windshield without following procedures.
SMN News contacted management of GEBE for a comment but they declined.