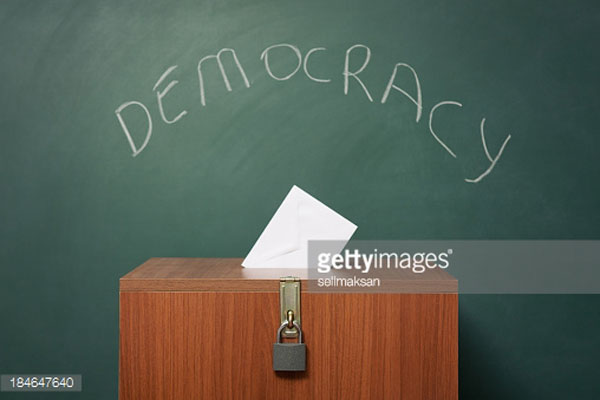 PHILIPSBURG:--- More and more the people of St. Maarten are saying openly that they will not vote, some of them have expressed their decisions on various social media. It is clear that the people of St. Maarten is either fed-up or lacked confidence in the politicians they chose to vote for during the last election or elections prior to this one.
It is also clear that the politicians that made promises especially to the younger generation abandoned them the day after the election and the only thing they were left with is either the false promises or the few bucks they got for their vote the last time around. Whichever, it is that has left the voters on St. Maarten hopeless and most definitely they have lost confidence in the politicians they once supported. Moreover, an island that is only 16 square miles in size had 13 political parties that registered to contest the election. However, by postulation day nine of those parties will be on the ballots. This, of course, shows two things, it's either there is some people in the background that knows that they could no longer fool the people or politrick with them so they have decided to get their supporters to form political parties to disfranchise the votes in order to create more instability, while it shows that while St. Maarten boast to be the friendly island, their actions shows that there is no unity on St. Maarten, it also shows that the huge salaries and perks the elected officials are getting without representing the people they vowed to represent have attracted more people who want the same huge salary and perks for themselves. Certainly, this will backfire on the people that are already suffering and not the politicians that have ulterior motives and could move away from St. Maarten and seek better grounds if the economy of this great nation collapses.
A nation should be able to analyze their representatives by their actions and performance, and not by color, or false promises on the campaign trail. Voting in an election is the only democratic right the people of any country have. It is the people who puts these politicians in government and it’s the people who could remove them by heading to the polls on September 26th. Let not the bitterness of some activist pollute your decisions because most of them have a hidden agenda that they most often do not speak about.
The Catholic Church define the reasons why some people chose not to vote and it states: It depends on whether or not a person’s conscience has been rightly formed. If someone is refusing to vote because he has studied the candidates on the ballot for a particular office and cannot in conscience vote for any of them, that is his prerogative. He should still vote for other offices where there is an acceptable candidate and on the various measures and propositions presented for a vote. But if someone is refusing to vote at all because he doesn’t believe he should vote in general, then his conscience may be improperly formed. The Catechism of the Catholic Church states: “Submission to authority and co-responsibility for the common good make it morally obligatory to pay taxes, to exercise the right to vote, and to defend one’s country” (CCC 2240).
While the United Nations clearly define the rights and reasons the people of any nation should vote this can be found in article 21 of the Universal Declaration of Human Rights.
The Universal Declaration of Human Rights adopted unanimously by the United Nations General Assembly in 1948, recognizes the integral role that transparent and open elections play in ensuring the fundamental right to the participatory government. The Universal Declaration of Human Rights in Article 21 states:
Everyone has the right to take part in the government of his/her country, directly or through freely chosen representatives.
Everyone has the right of equal access to public service in his country.
The will of the people shall be the basis of the authority of government; this will shall be expressed in periodic and genuine elections which shall be by universal and equal suffrage and shall be held by secret ballot or by equivalent free voting procedures.
Clearly based on those foundations it is the will of the people which shall be the basis of the authority of government; this will shall be expressed in periodic and genuine elections which shall by universal and equal suffrage and shall be held by secret ballot or by equivalent free voting procedures.
The social media has become the place where politicians chose to continue fooling the people while they have absolutely nothing to back up their claims other than to pollute the minds of the people.
In ending this article SMN News will point out a few facts, that cannot be disputed.

• Those politicians the former Government tried to use a company called VAMED to construct a hospital, that company provided an excellent concept, but the only thing that is wrong is that the very politicians they met with are the ones behind the medical tourism and that is the only reason they wanted a private wing built and maintained with the peoples monies so that they can fill their pockets “ nepotism and conflict of interest.”
• The former governments are the ones that kept the government “chicken coop” on Pond Island for 8 years unoccupied, they are the ones that brought in a Trinidadian Company that fleeced the taxpayers for eight long years and they did nothing to change that situation because renting several buildings around Philipsburg to house government offices benefits some of them and their friends.
• The former government who today are criticizing the Chinese project “Pearl of the Caribbean are the very ones that went all the way to China to seal a deal but they could not get it done.

• The former governments are the ones that paid their friends to build Front and Back Street that they claimed were eaten out by rats, yet they did nothing to fix for the tourists the tourism economy they constantly boast about.

• While one Minister in the present coalition is boasting about integrity, openness, and transparency, it took SMN News reporter to find out that the same Minister who continues to boast about his transparency and openness to tell the people that his best friend, a pensioner that is well off is not working as pro-bono as was told to the people but instead that person is earning the salary of an amtenaar which is close to NAF. 9,000.00

Those are only a few points that SMN News chose to highlight since they are on the front line, and most of all those things have dampened the people that they have gotten so frustrated that they are now thinking of giving up on their own democratic rights. Doing so will only help the politicians that are behind the scenes dividing the people in their interest, even though their bread is well buttered and they could always pick up and leave when the economy of St. Maarten sink like the Titanic did, therefore it is of utmost importance that the people of St. Maarten exercise their rights on September 26th, 2016, giving up on yourself and your children is never the solution, do not wait for a politician to answer your questions as they will tell you the things you would like to hear, it's time to do your own homework and form your own opinion  on who you believe is working in the best interest of the people which are your children.