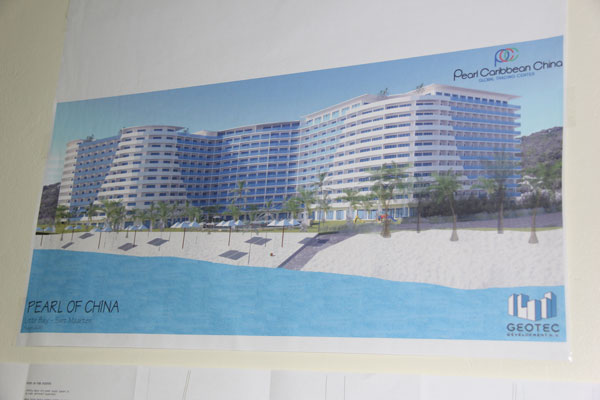 Chinese to invest in St. Maarten to boost tourism economy.

PHILIPSBURG:--- Minister of Finance Richard Gibson Sr. who is contesting the Parliamentary Elections on September 26th kicked off his political campaign Thursday night with a town hall meeting that was held at the University of St. Martin.
Gibson who has been in office close to nine months managed to present the two balanced budgets both 2016 and 2017, the latter for the first time in history the budget was presented and approved on time.
On Thursday night, Gibson brought forward the stark reality to those that attended the town hall meeting what St. Maarten is facing especially with the global decline. He said soon Americans would not be able to travel since the world is facing an economic decline. Besides that, the Latin American and Caribbean countries are drowning in debts.
As for the internet and development in technology, he said that too has largely affected the economy because people are no longer shopping locally, thus the container season will drop by 7% worldwide.
Gibson gave his audience the stark picture with figures after conducting his research and the effects the current financial situation will affect St. Maarten. He said the current financial situation has the world in turmoil and there is an economic decline everywhere. He said while other countries are doing their best to form trade allies with the USA, St. Maarten cannot enter into these agreements because the country has nothing to trade except the sea, sun, and sand. 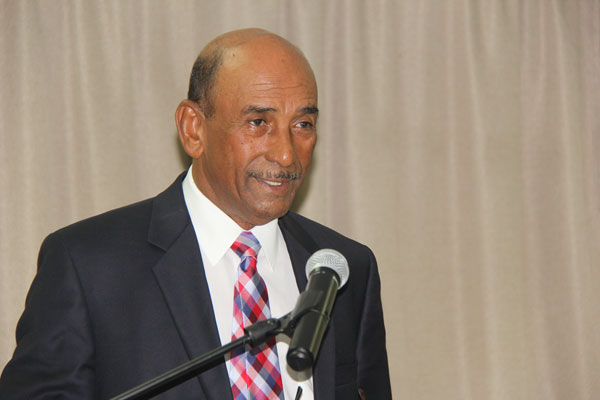 Gibson made clear that the one pillar economic industry St. Maarten has “tourism” has been grossly neglected.
Despite the gloom and doom, the country is facing he told the gathering that the only country that is on top of the world is China, and as such he and the Prime Minister William Marlin managed to get China to invest in St. Maarten in order to boost the economy. He said the Chinese bought land next to Bel Air Beach Hotel they have opened a company on St. Maarten. That company he said is owned 50% by the private sector of China and the other 50% by the Government of China. While the plan has been submitted to the Ministry of VROMI for them to process a building permit which would allow the Chinese to construct a hotel, 450 units and showroom. The groundbreaking ceremony for the project will take place on September 17th, 2016. Gibson said some 30 persons representing the Chinese will be travelling to St. Maarten for the ceremony, besides that the Chinese will be holding a forum with the government of St. Maarten to further assist the country with what it needs. Gibson said the Chinese already committed to getting at least one million Chinese tourists to St. Maarten while they also committed to finding a water source on St. Maarten where the people of St. Maarten could begin agriculture. Meaning the Chinese have expressed interest in doing all it can to assist St. Maarten with additional financing on other projects. He said that this project will boost the economy by having at least one million additional tourists coming to St. Maarten. While the groundbreaking will be taking place within the next two weeks, he could not say how long the completion of the project will take. He assured that this project will bring much-needed monies to St. Maarten and also create jobs for the people of St. Maarten.

While Gibson got lots of credit for finding a solution to the economic gloom and doom, several persons in attendance shared their concerns, about bringing the Chinese in large numbers to St. Maarten. They asked how much control government would have to the investors who already started to transfer monies to St. Maarten for the project. Some wanted to know if the younger generation will get an opportunity or place in their country with the Chinese investment.
Others considered the idea a good one but cautioned that government has to do more especially in road infrastructure to accommodate more traffic.
Linda Richardson, asked Gibson, what guarantee can be given that the project will not be shelved after the September 26th elections and he is not in the office? Gibson said in response that the people have to know what they need to do.
Greg Arrindell, created a storm as he showed his frustration because he submitted a solar energy project to the Prime Minister and to date he did not get a response. Arrindell basically used the podium to lecture the NA candidate and the current Prime Minister because he did not get a response from GEBE, but saw another company managed to sign an MOU with GEBE for solar energy.

Click here to view photos from the Town Hall meeting.