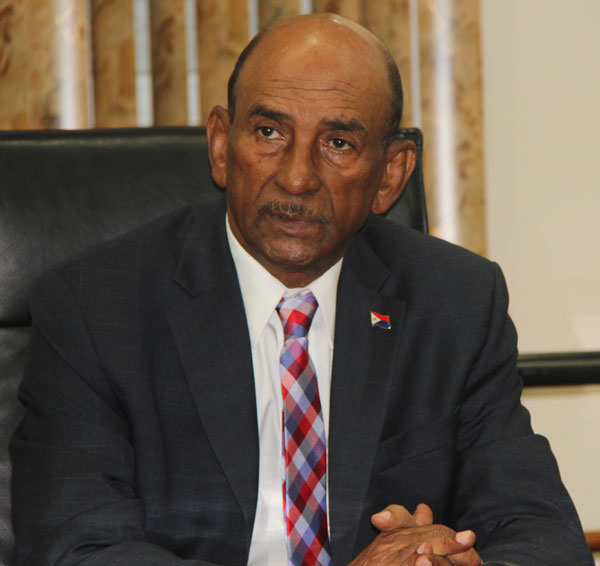 PHILIPSBURG:--- Minister of Finance Richard Gibson Sr. told members of the media on Wednesday that last week when he announced that NGO’s (foundations or associations) does not have to file profit tax his announcement was taken out of context by some and they have been getting a little bit over zealous. He said those NGOs do have to pay their TOT and wage taxes but they are exempted from profit tax. He made clear on Wednesday that NGO’s will only be exempted from profit tax and not wage taxes and other dues. While foundations that operate as a business would have to file profit and wage tax while they would also have to pay the necessary dues for employees they have in service.
As for the flat tax and indirect taxes that some people think is better for St. Maarten the Minister said that is not beneficial for the masses of people living on St. Maarten. He said that such taxes will only benefit the rich. He made clear that these taxes would only be giving a tax break to the rich by means of reducing their taxes. As for the indirect tax, the Minister said again the rich will be benefitting because this tax will apply to items purchased.
The Minister said that just Tuesday the Council of Ministers approved a legislation that would improve compliance. The new legislation he aims at going forward and will bring the country up to par with technology since it would require stores to install cash registers that are connected to the system in order for the sales to be monitored.
The Minister of Finance also mentioned the meeting he had in Curacao where the financial statements of the Central Bank were ratified and St. Maarten will be getting NAF10M as its share of the profits.