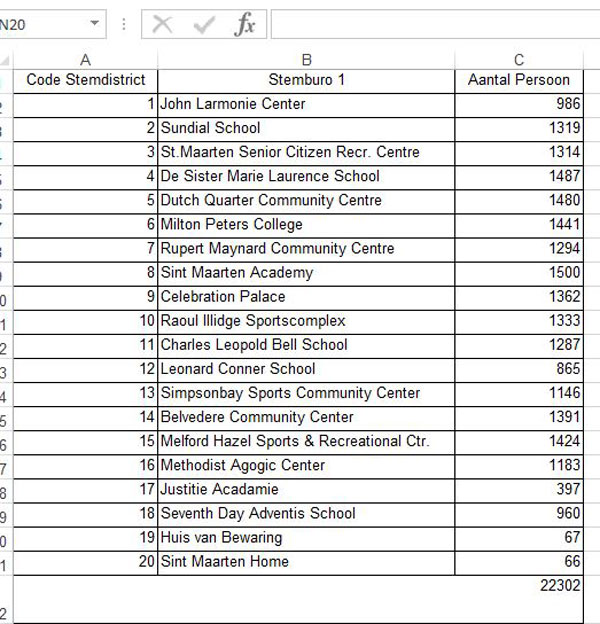 PHILIPSBURG:--- The chairman of the Voting Bureau Jason Rogers hereby informs the general public that on Monday August 8th is postulation day for the September 26th Parliamentary elections.
The submitting of political parties will take place at the A.C Wathey Legislative Hall starting at 9am to 4pm.
In order to have the submission of lists take place in an orderly manner, the Central Voting Bureau has opted to have such done in time-slots of 20 minutes. For example, the first time-slot is at 09.00hrs-09.20hr. The second time-slot is at 09.30-09.50hrs. There is a small window of 10 minutes for each party to vacate the room in order to provide the other party with the opportunity to submit their lists. As such, the chairman would like to request the cooperation in achieving this goal. Hence, reporters are requested to have possible interviews with party representatives/leaders outside of the legislative hall in order for them not to stay in said hall and prevent the other party from coming into the hall and submitting their list on time. 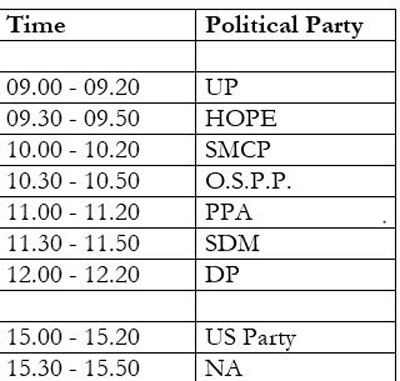