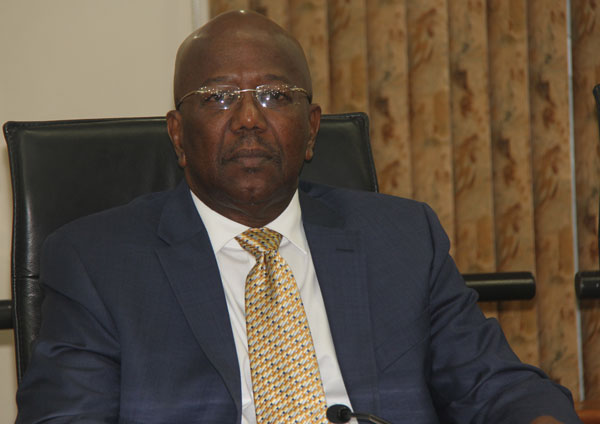 PHILIPSBURG:--- Prime Minister William Marlin announced on Wednesday at the Council of Ministers press briefing that the Government of St. Maarten is very pleased with the decision rendered by the Constitutional Court regarding the integrity chamber that must be established on St. Maarten.
Marlin said everyone knows his stance on the protocol that was signed by the former Minister of Justice to establish the integrity chamber because the way it was put together would have allowed anyone to be a target for an investigation through association.
He said based on the verdict St. Maarten has to act based on the advices given by the court, however, the government of St. Maarten has not taken any decision as to which direction they will go because the department of legal affairs is busy working on an advice for government.