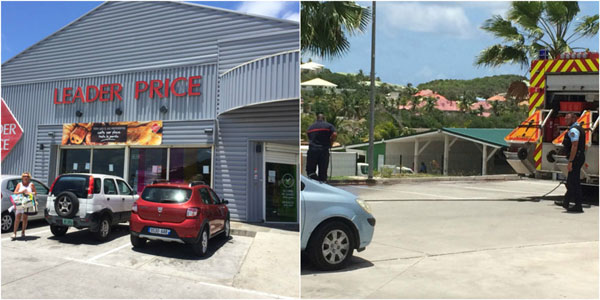 MARIGOT:--- A metropolitan woman living on St. Martin was shot to death in the Leader Price parking lot this morning. The captain of the Gendarmerie Emmanuel Mangion confirmed the homicide committed at the Leader Price parking area. The shooting appears to be between the victim and someone that she had some problems with, the shooter appears to have settled the problems they had by shooting the victim that lives in the Orient Bay area by shooting her to death. The shooter was on a scooter said Mangion. Mangion further stated that the investigation just started and he does not have much information on the case. The dead woman is the mother of the dead man that was found on Grand Cayes Cul de Sac in the month of May 2016.

On Wednesday, July 13, 2016 at 9:10, a 67 year old woman was shot dead near her vehicle in the parking lot of the "Leader Price" located Mont Vernon II in St. Martin.
The means used by the investigators already raised many human and technical information that are being exploited by the brigade of research of St. Martin that is investigating the case. The alleged gunshots circulate on two wheel (Scooter), the rider was wearing  a helmet at the time  he used a handgun to commit the crime.

Furthermore, the gendarmerie also invites individuals and professionals with a private video protection filming all or part of the public highway and have interesting points of investigation to visit the premises of the brigade research La Savane to disclose the information.