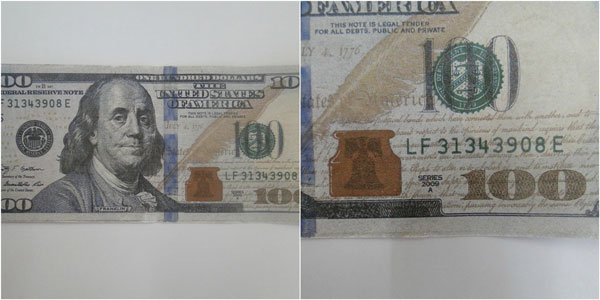 PHILIPSBURG:--- On Tuesday June 21st 2016 the Police Department sent out a press release informing the General Public and in particular the business community to be very aware of false/counterfeit U.S. $100.00 bills that are in circulation on the Dutch Side of the island. Several of these bills were turned into the police department and confiscated for further investigation.
As the investigation continued, the investigators realized that many of the bills carry the same serial number, which is LF31343908E . These false/counterfeit continue to be in circulation and anyone receiving any U.S. $100.00 bills with this serial number should not accept it and immediately inform the police department.