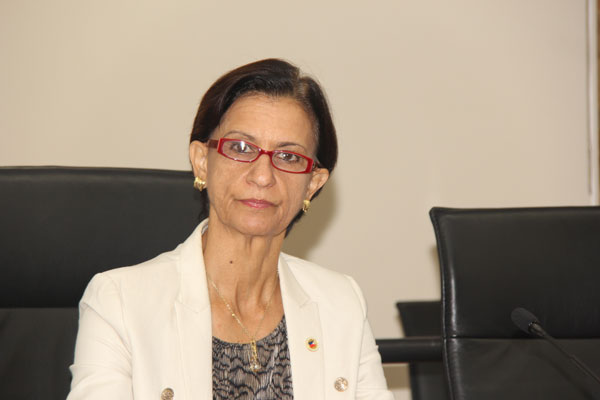 PHILIPSBURG:--- The prospects that we would have some type of legislative electoral reform before the September 26 election, are getting dimmer by the day. I remain optimistic, but also realistic. With all the talk surrounding the draft law proposal by the government of St. Maarten, it is dubious that this draft can be tweaked and become law in time to apply to the September election.
I have since 2013, stuck my neck out for electoral reform, when I submitted some proposals for reforms in our Constitution, in our Electoral law and in the law on Registration and Finances Political Parties.
The more I analyze especially the law on political parties, the more I am convinced that political parties by virtue of this law and through their memberships have more clout than might appear at first sight.
Firstly, how is membership in a party terminated?
The DP, for example is quite clear with respect to the relationship member and representative candidate. These 2 go hand in hand. You loose membership in the party, you give up your seat you occupy on behalf of the party.
The declaration of willingness that each candidate by law must sign, can be tied to obligations of the prospective candidates according to the articles of association (AoA) of the parties. This can even be made more watertight by a generic covenant between party and candidate, maintaining a balance between the individual's right as an potential MP and the responsibilities of the party.
If a covenant is signed by all candidates with their party, and parties agree to uphold each other's covenants by means of a code of conduct between parties, also after election, we would have put the onus on the political establishment to regulate itself.
Much emphasis has been put on the ship jumper. But the ship jumper is only as strong as the ship captains of where he or she is headed to. If there is no demand for the ship jumper, there will be no ship jumping. Ship jumpers are usually courted. In the new situation, disputes within parties between the representative(s) and the party will have to play out in party circles or on the floor of parliament. In any case, in the public's eye.

Parties will have to, if necessary 1) strengthen their dispute settlement, 2) be more accountable to their members and 3) empower their membership through education and information, 4) have an effective accountability structure and 5) provide clear language towards (prospective) candidates.
In essence, I am proposing that parties review their internal regulations with regard to candidacy for political office and that all political parties sign a code of conduct to NOT award ship jumpers with the prospects of being part of a new government formation. The truth be told, that is what it is in 99% of the cases.
In the coming days, I will sit with some legal minds to make a firm proposal to the political parties contesting the September 26 parliamentary election.

Most political parties in their articles of association (AoA) state unequivocally that representation of the party by a member in a political position, ceases with the termination of party
membership of that member.
If political parties respect and wish to adhere to this for themselves, it can surely be argued that such should be respected for the other political parties as well.
The more I think about it, the more I am convinced that the ball is in the court of political parties.