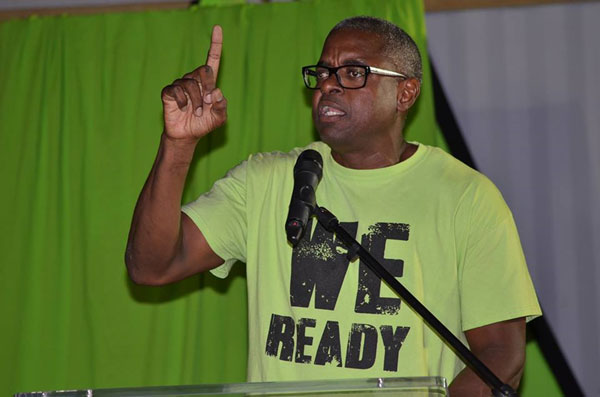 PHILPSBURG:---, St. Maarten (June 23, 2016) – Member of Parliament Maurice Lake and his appointed VROMI Minister were left totally out in the cold on Thursday afternoon when the majority of Lake’s coalition members failed to show up for a parliament meeting to pass a law brought by the MP’s minister, says United People’s (UP) party deputy leader MP Franklin Meyers.
“This is a very clear case of actions speak louder than words and the action in this case is a resounding vote of no confidence in MP Lake’s minister and a total lack of support for the MP himself. MP Lake will hopefully realise soon enough he’s completely and totally on his own,” says Meyers.
At no time when part of UP was MP Lake ever left standing by himself or out in the cold, but he has chosen a path of isolation for himself, especially when even the leader of the United St. Maarten Party, Lake’s new party, failed to show up to support him and his minister, says Meyers.
Chairwoman of Parliament Sarah Wescot-Williams adjourned the meeting no doubt to get the coalition partners to caucus and find a way forward, but the fact remains that when it counted most, MP Lake and his minister were sitting alone without support, said the UP deputy leader.