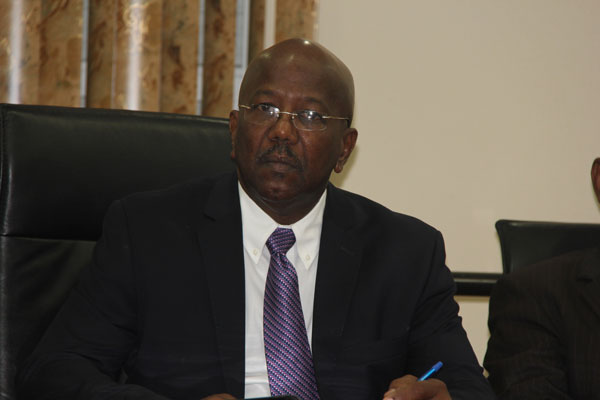 PHILIPSBURG:--- Prime Minister William Marlin announced on Wednesday at the Council of Ministers press briefing that he will be having a meeting with the department of labor to jump-start the unemployment fund that government plans to put in place for unemployed youths between the ages of 18 and 30 years of age.
Marlin said government intends to get the finances for the fund through levying a one cent per liter of gasoline sold to consumers and also a one cent per kilowatt of electricity each household and businesses uses. He said government has to make an agreement with GEBE in order for them to collect the monies to pass on to the fund but thing at GEBE is not stable at the moment. Marlin said that the management board supposed to have three members and there is none, only one temporary manager is there running the company while the shareholder has to replace the members of the board on May 26th.
As for the collection of the monies garnered through the sale of gasoline Marlin said that discussion are already ongoing with the wholesalers of gasoline who will add the one cent per liter sold to retailers then they will in turn pass on the monies to the fund.
The Prime Minister said the legislation for this project is almost completed and it will soon go to parliament. He stressed that the idea behind the unemployment fund is to the unemployed youths or even persons older than 30 years old in the job market where they will receive one year of training, medical cards, and these persons will also be contributing to the tax base on St. Maarten. He said the recruitment drive will start shortly. The Prime Minister made clear that there will not be any type of stigmatization during the recruitment. Even if persons dropped out of school at a very young age they will get the opportunity to be part of the project. The only thing is that these persons have to be willing to go to work every day in decent manner and behave accordingly since government is depending heavily on the business community to provide the work and train these workers in order for them to have experience in various fields.