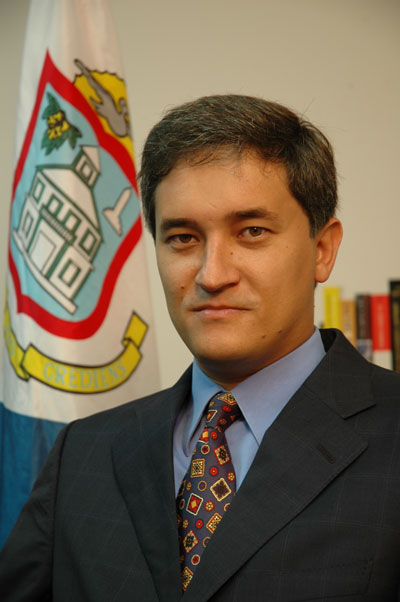 Philipsburg:--- The detectives from the Landsrecherche interrogated the Leader of the United Peoples Party Theodore Heyliger and a top civil servant Shervin Fredericks who was working for the Ministry of Economic Affairs during the UP/DP/Illidge coalition government. Deputy Attorney General Taco Stein confirmed to SMN News on Thursday that both Heyliger and Fredericks were heard as witnesses in the bribery investigation involving Member of Parliament Patrick Illidge and the owner of Bada Bing strip club Jaap van den Heuvel.

The investigation into the alleged bribery started some three weeks ago when De Telegraaf in the Netherlands and the Daily Herald published articles concerning a videotape showing Member of Parliament Patrick Illidge taking monies from van den Heuvel and stuffing it in his pockets. In that videotape, Illidge called the names Fredericks and Martha Thewet when the businessman was asking him about a business license.

Heyliger was brought into the picture, when van den Heuvel told his lawyer via an email that the Leader of the United Peoples Party set him up to tape MP Illidge. Van den Heuvel claims that he was repaying Illidge monies he borrowed from him during his divorce procedure.

The email which was sent to MP Patrick Illidge is below this article where the businessman apologized to MP Illidge whom he said is a long time friend and the only reason he did what Heyliger asked him to do was to get the UP leader back in government.

It should be noted that when the Minister of Justice Roland Duncan was questioned last week with the Head of Immigration Udo Aron the Prosecutor's office sent out a press release almost immediately after the interrogation with the Minister of Justice was concluded. The actions by the Prosecutor's Office and the Office of the Attorney General seem to be biased when it comes to releasing information on the ongoing investigation involving elected officials on St. Maarten. SMN News contacted Attorney General Taco Stein on Wednesday twice for confirmation on the interrogation of the Former Minister and civil servant Shervin Fredericks and on both occasions Stein said he did not know because the head of the Landsrecherché Ademar Doran did not inform him even though they spoke on Wednesday.

Below is the press release issued by the Prosecutor's Office after SMN News released this news item.