PHILIPSBURG: --- Workers at GEBE powerplant in Cape Bay down their tools on Thursday to support one of their colleagues who was suspended on Wednesday. The colleague in question was caught on video on Tuesday evening when a fire began at the powerplant warning his colleagues to take safety measures as they try to put out the fire.
The suspended employee Lindell Brooks was suspended by Human Resources was on the scene on Thursday morning where several GEBE workers disclosed that they have been working for the government-owned company for a number of years.
Another employee was overheard on videos that are circulating on social media saying that a particular worker has been smoking “weed” on the property.

In the meantime, the workers of the powerplant have sent a strong message to the Minister of VROMI Egbert Jurendy Doran. The message which is also circulated on social media reads: “We the Employees at the plant cannot take anymore injustice, It look like the Vineyard Heights project with the open your legs list is more important than us. Or pandnah the votes gone to your head, You aint doing nothing for us at GEBE, we got no management but a criminal board put… We at the plant work hard for the people of SXM and this is how we all being treated and abused, and victimized. So check here if you cant see or don’t care about us well check this people of St. Maarten will suffer with us too. This plant will go in darkness because then you might wake up since you sleeping. Enuff us ennuff. You done start making Miklos look like he was da smartest Minister.”

It should be noted that the Minister of VROMI has appointed four new members to the Supervisory Board of Directors. The new members are Dimar Labega, Anastasio Baker, Lela Simmons, and Emmanuel Brooks. The four new members were appointed on Tuesday while the two other members remained on the board.
SMN News learned that other persons are being screened who will be appointed at a later date. Two of the six members that were screened were not appointed; they are Dave York and Sabina Jno-Baptiste. 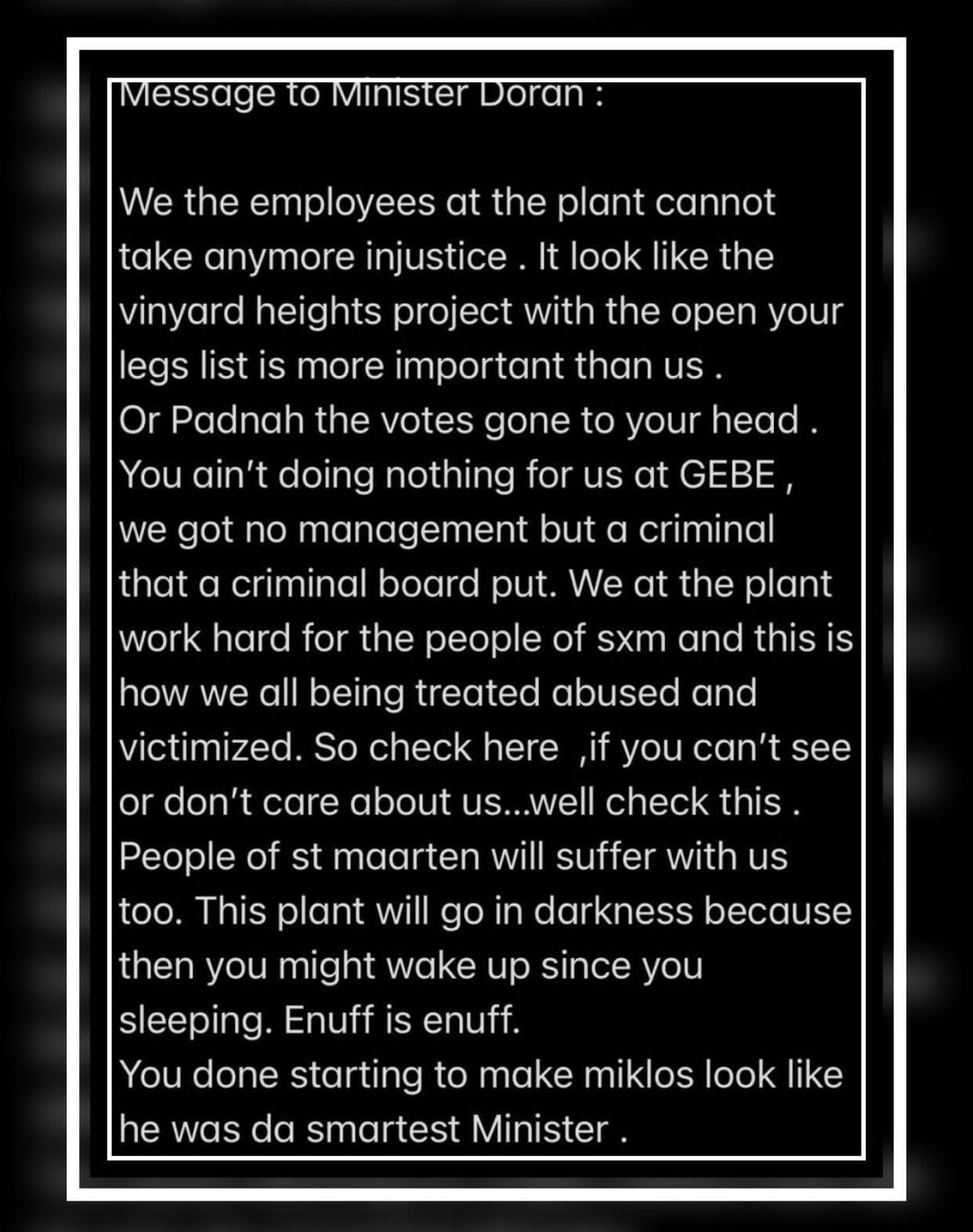