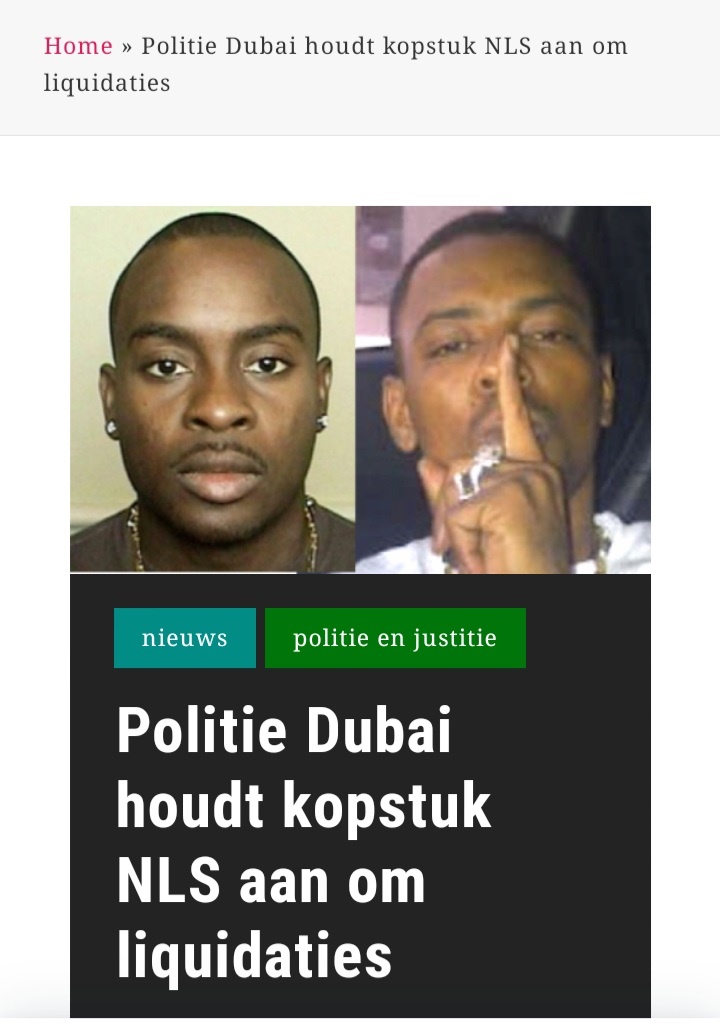 WILLEMSTAD/ PHILIPSBURG:--- Today, on November 26, 2020, the Curacao-born suspect S.Q. (Surendy Quandt) was arrested in Dubai. The arrest was carried out by a special police unit in Dubai at the request of the Public Prosecutor of Sint Maarten. S.Q. is suspected of commissioning various assassinations, kidnapping, running a criminal organization, and money laundering. The offenses were committed in the various countries of the Kingdom and elsewhere.
The Suspect
S.Q. has long been sought by the justice system. A year ago, a joint investigative team started investigating him. This specially-formed investigative team consists of members of the police forces of Sint Maarten, Curaçao, Aruba, and the Joint Criminal Investigation Team (RST). It is headed by the Public Prosecutor's Office of Sint Maarten and the Public Prosecutor's Office of Curacao. This intensive international police cooperation with several investigative services worldwide led to his arrest today in Dubai.
Collaboration
The management responsible for the Curaçao Police Force, Sint Maarten Police Force, Aruba Police Force and the National Police of the Netherlands are grateful for the pleasant and successful cooperation with the authorities of the United Arab Emirates (UAE). The RST management and the Public Prosecutor's Office in Sint Maarten and Curaçao are also satisfied with the result. The collaborating organizations jointly state: "With the arrest of S.Q. an important step has been taken in the investigation. It has brought us one step closer to the solution of various assassinations, thus achieving justice for the victims and their next of kin".
Although S.Q. was not residing in Curacao or Sint Maarten, his influence remained undiminished in these countries. This was as a result of his presumably worldwide criminal network. The Public Prosecutor's Office in Curaçao is now requesting his extradition. This extradition procedure may take some time, as the Kingdom of the Netherlands does not have an extradition treaty with Dubai.
Following the arrest of S.Q. in Dubai, searches have taken place at various locations. Several searches were also carried out in Curaçao and the Netherlands.
The investigation will continue in the coming period, more arrests are not ruled out.
Anyone who has information that can help the investigative team can reach the team via the following phone/Whatsapp numbers: +5999 521 3865 (Curaçao) or +1 721 586 5052 (Sint Maarten).
If you prefer to remain anonymous, you can share information via the following tip lines (also Whatsapp): +5999 679 2896 (Curaçao) or +1 721 553 0561 (Sint Maarten).